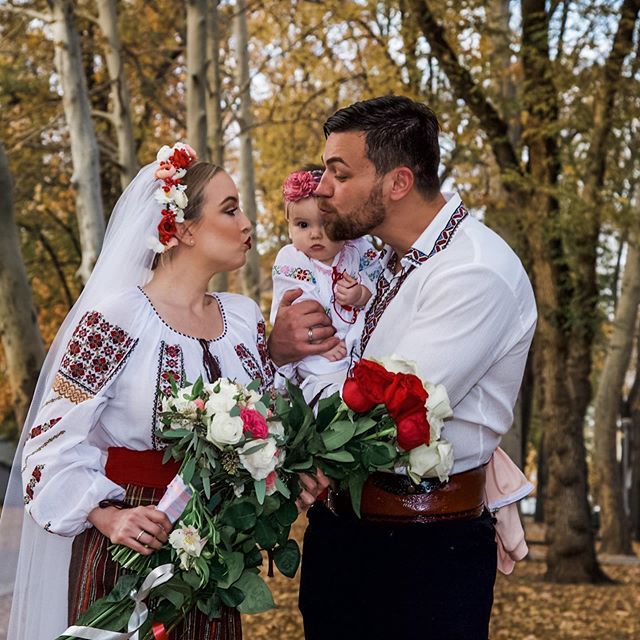 Money problems for 90 Day Fiance couple Elizabeth & Andrei Castravet may be over. It seems like the pair has established a promising business.

In the early days

Andrei’s Castravet’s not having a job is one of the main reasons why Libby and her family had issues. Andrei didn’t seem to want to work and was happy to stay home with their daughter, Eleanor. Libby’s family were unhappy when Elizabeth got pregnant before her husband could find work after getting his green card. Andrei told fans on the 90 Day Fiance Tell- all that he stays home with his daughter. Elizabeth’s family let him know how unhappy they were with that choice. As fans know Andrei doesn’t seem to give off a vibe that he cares what others think.

A baby changed things for Elizabeth and Andrei

Fans on the show have watched as Andrei tried to work as a handyman and truck driver, but he changed his mind and ended up choosing to be a stay at home dad. After a few months of having the new baby, the couple would realize they needed more income. Elizabeth continues to work as a property manager at her father’s real estate company and is the sole breadwinner of the house.

A post shared by Elizabeth Potthast Castravet (@elizabethpotthast) on Sep 25, 2020 at 11:54am PDT

Elizabeth told 90 Day Fiance fans “At first, I was totally fine with Andrei staying at home with Ellie when she was a newborn. Now, she’s old enough, she can stay with my mom or whatever.”  Elizabeth’s family wasn’t happy with the arrangement either. Elizabeth’s family stated many times that the couple was relying on Chuck Potterhast too much financially.

In Touch reports that Andrei and Elizabeth have established their firm called, “CASTRAVET PROPERTIES, LLC.” The couple filed for LLC in October 2018, three months before baby Eleanor was born. According to the documents available online, Andrei is listed as the president, and Elizabeth is the company’s vice president. The current status of the CASTRAVET PROPERTIES, LLC is active and open for business. The company is based out of Wesley Chapel, Florida and the name of the company suggests that its a real estate business.

Unknown at this time

According to Screen Rant At the current moment, many details about their business are not known right now. Plus, the 90 Day Fiancé: Happily Ever After? stars may intentionally be keeping their company under wraps so that it won’t contradict with their storyline on the show. For those reasons its hard to say if they’re making any profit. It looks like Chuck may have some new, and aggressive, competition.