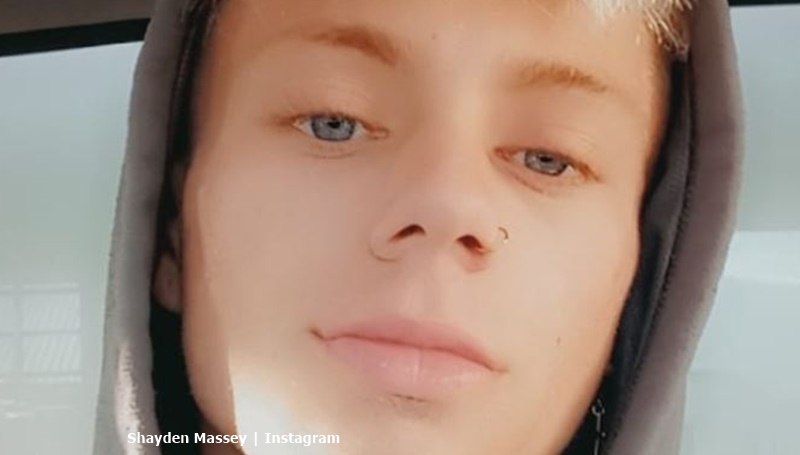 Unexpected fans heard in May, that Shayden Massey and his new girlfriend Kaylee expect a baby. He announced the gender as a girl. And, fans loved the names they chose: Everleigh Marie Massey. Now, he shared the news that their baby arrived safely.

Shayden and Lexus co-parent their daughter Scarlett. But the couple split and he started dating someone called Meah. Nevertheless, news came that he expected a baby with someone called Kylee. We reported that the split from Lexus apparently came over cheating allegations. We reported on it when news came about the gender and name of his new baby.

Starcasm checked out all the Instagram stories and posts relating to the new baby in Shadyen’s life.  At the time of the article, Shayden and Meah may have taken a break from each other. “Actually, it’s not clear if Shayden and Meah still see each other at all.” But, he and Kylee certainly sounded happy about the new baby coming along. Expected in October, it looks like baby Everleigh Marie Massey arrived in the Unexpected star’s life right on time.

On Friday, October 2, Shayden took to his Instagram and shared a photo of the newborn. He captioned it with, “Baby eve.” And, lots of TLC fans congratulated hm. One commented, “OMG🤗🤩👶💗 Congratulationssssss to you and Mamma! Eve is an adorable little girl and name! Awe, welcome to the world beautiful baby girl!!!💗.” Another fan wrote, “Congrats! @shayden.massey She is so beautiful. Sending nothing but love & positivity to you and your baby girls!!! ❤️.”

Most Unexpected fans sent in their congrats and best wishes because they know Shayden adores his first daughter Scarlett. And, he puts in a lot of effort as a dad.  Hardly any trolls popped up for once, but one person noted, “congratulations please take care of her, these mommas can’t be single moms because you don’t want to be in their life.” But, the post contained happy and positive vibes, overall.

Over on her Instagram, Kylee also shared photos of her baby. One of her photos revealed that Eve arrived on October 1 at 11.47 AM. The baby weighed “5 Lbs 11 oz” and measured 18 inches. She wrote in her caption, “Mommy loves you, Everleigh Marie 🥰.” Actually, in a previous post about a week before the birth, Kylee revealed how much she loves the idea of becoming a mommy.

In that post, the mom of Unexpected star Shayden noted, “I’ll cherish this sacred gift of being your Mama.”

What do you think of Shayden’s new baby girl? Do you think she’s totally adorable? Sound off in the comments below.