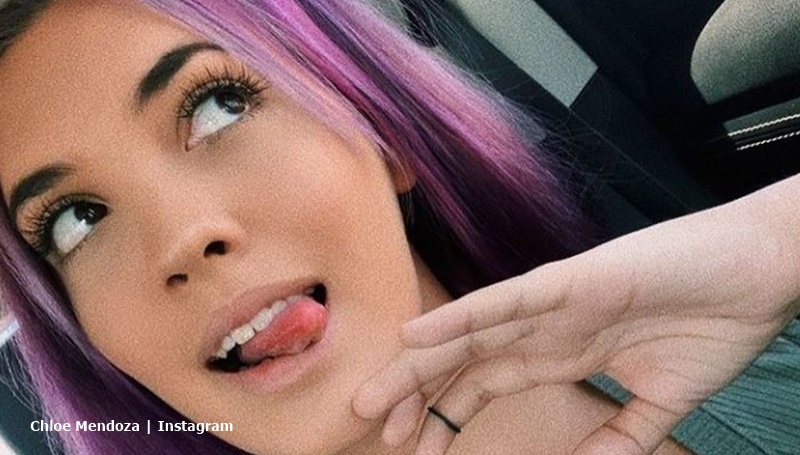 Unexpected star Chloe Mendoza told her fans a few months ago, that she found a new boyfriend. She and Max split finally, once and for all. That came after allegations of abuse against her. And, now Max sits in jail until 2021 anyway. Chloe tried being patient with Max, but he seemed unable to stay within the law. Now, fans wonder how Chloe’s mom reacted to her new boyfriend. Recall, her mom couldn’t stand Max.

Starcasm mentioned that Chloe found a new boyfriend. The news came in early September when she and Max Schenzel had a ding-dong spat on social media. And, her mom also chipped in and slammed him. But, fans know that she never liked Max. Clearly, she has a lot of input on who Chloe dates. So naturally, people wonder if her mom gets along with her new man.

On her Instagram, the Unexpected star shares a lot of photos of her daughter Ava. And, plenty of photos of her girlfriends pop up as well. But finally, she shared a photo of herself with her new boyfriend. She captioned it with, “Guess what school we go to?” They stood in front of a graffiti wall that read, “Go Devils.” Chloe looked cute in her yellow t-shirt, dark shorts, and black boots. Next to her, the new guy wore white shoes, a white t-shirt, and grey jeans.

Fans on Chloe’s boyfriend and her mom

Many fans thought for a moment that Chloe’s boyfriend was Caelan Morrison, the baby daddy of McLayla Adkins. But she denied it, saying she needs to post up more photos of him “without a mask.” One fan commented, “I really can’t help but agree with the small few that say that the new boo resembles Caelan. If so that’s awesome. If not that’s okay too. 😆 just happy that you’re happy!!”

Well, she certainly looks and sounds happy with her new boyfriend. An Unexpected fan asked her if her “parents like” her new boyfriend. And, she answered, staying “[Yes] bc he actually treats me good 🤭.” Fans sounded happy at the news. And, one noted, ” Yay for mom and Dad! Happy you’re being respected. 😘💕 Makes my mommy heart smile.”

Guess what school we go to?

Now, fans want more photos and more details about Chloe’s boyfriend. And, they all want his name as she didn’t tag anyone in the caption. Hopefully, she tells all her fans his name soon. Or, no doubt, rumors start that she actually dates Caelan Morrison. With TLC fans, it takes only a minor misunderstanding to spark new rumors, after all.

What do you think of the photo that Chloe posted about her new boyfriend? Do you think he looks a lot like Caelan? And,  are you happy that her mom likes him? Sound off in the comments below.