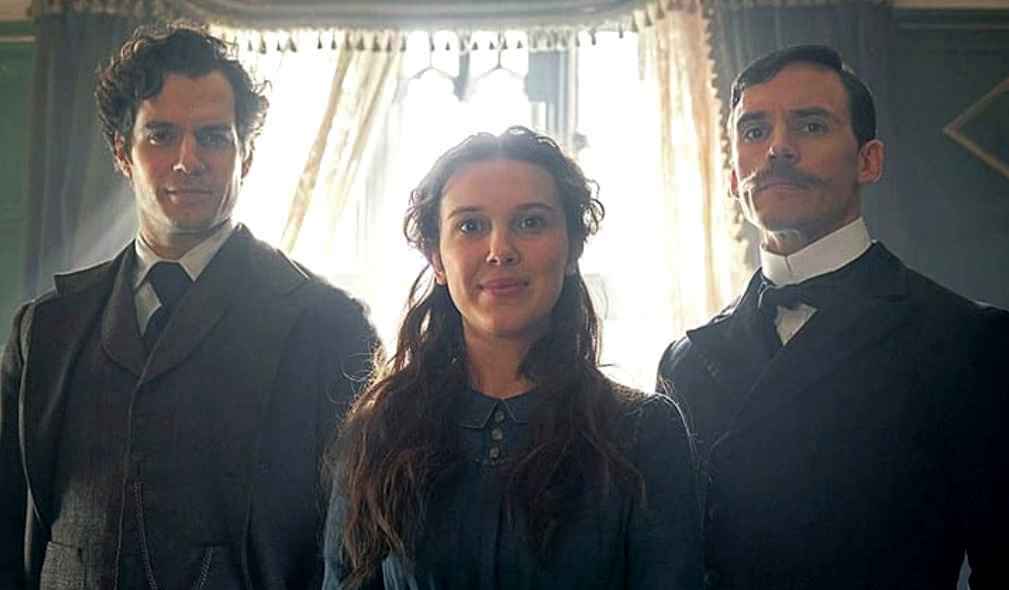 It seems Netflix is always in trouble, especially after the recent buzz over the film Cuties. While admittedly, nothing really came from that, now comes a different problem. Now Netflix is facing a lawsuit over the film Enola Holmes.

The reason for the lawsuit? It’s all about the depiction of the character Sherlock Holmes in the movie. TV Shows Ace recently noted that Henry Cavill makes a really hot Sherlock Holmes, and Henry himself is baffled by the new lawsuit. Commenting on the situation, he said, “Honestly, nothing surprises me anymore.”

The Conan Doyle Estate owns the copyright for the last ten Sherlock stories. The estate claims that these newest stories reveal the character Sherlock Holmes as a “warmer” and more emotional character than in previous stories.

Therefore, the estate is suing Netflix and other relevant parties involved in Enola Holmes for copyright infringement and trademark violations. It theorizes that in the Enola Holmes film, Sherlock is starting to show less cold emotions. This potentially infringes the copyrighted stories owned by the estate.

The reasoning for the lawsuit

The complaint explains the reasoning for the lawsuit. “After the stories that are now in the public domain, and before the Copyrighted Stories, the Great War happened.”  First, Conan Doyle lost his eldest son, Arthur Alleyne Kingsley in World War I. Then Doyle lost his brother, Brigadier-General Innes Doyle, just four months later.

This changed Doyle’s thinking about the Holmes character. When the author returned to writing the “Copyrighted Stories” between 1923 and 1927, he realized Sherlock had to change. It wasn’t enough that Sherlock was the “most brilliant rational and analytical mind.” He now needed to be “human.” Holmes’ character “needed to develop human connection and empathy.”

As noted by The Tab, Henry Cavill, who plays Sherlock Holmes in the Netflix film, was asked about the Enola Holmes lawsuit. He said, honestly, he didn’t have a take on it. To him, it was a character from a page that they worked out from the screenplay. “The legal stuff is above my pay grade,” he added, saying, “Haha, honestly, nothing surprises me anymore.”

About the Netflix film Enola Holmes

The Netflix film’s background is England in 1884 and stars Millie Bobby Brown in the role of Enola. Free-spirited Enola awakes on her 16th birthday. To her shock, her mother (Helena Bonham Carter) left in the night without a trace. Moreover, before she disappeared, her mother left her a number of gifts. However, she left no clue as to where she had gone.

Poor Enola now has to live by her conservative brothers’ rules. This leads to Sherlock (Henry Cavill) and Mycroft (Sam Claflin) deciding to tame their younger sister. The brothers decide to send Enola off to a finishing school for proper young ladies. However, Enola cannot face this boring existence and decides to leave home.

So, the daring young woman heads off to London to look for her mother. But along the way, she comes across a runaway Lord (Louis Partridge). Subsequently, this gives Enola an even bigger mystery to solve. As she solves her case, she proves she has all the sleuthing powers of her older brothers and more.

The film is based on the Nancy Springer novel and is available on Netflix now.