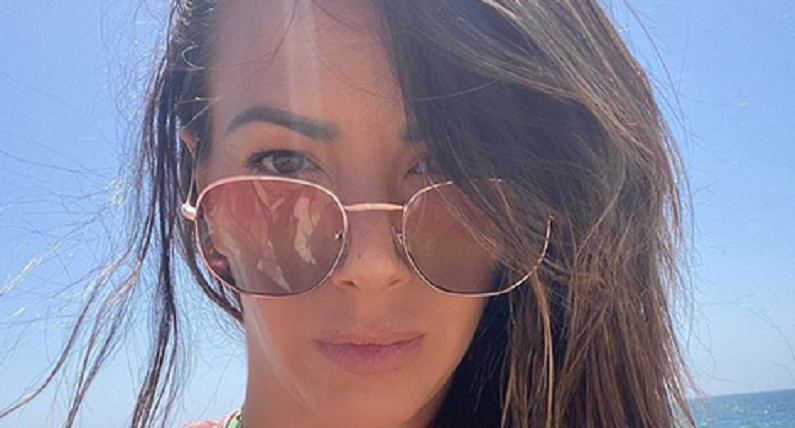 Kristen Doute has been honest about her Vanderpump Rules firing. Some would say that she’s too honest. She previously called out the network’s double standards and sexism. Kristen feels that Bravo should have fired Jax Taylor as well. But Brett Caprioni and Max Boyens did lose their respective positions, despite Kristen’s claims.

That’s a revelation that even her friend, Stassi Schroeder, wouldn’t admit to. But Kristen is not done slamming the show. She just also admitted that she hopes Pump Rules will get canceled. As fans know, Kristen always wants to seek revenge – especially when she’s been burned.

And she’s hoping the show will flop without her.

Why she wants VPR off the air

Back in June, Bravo announced the firing of Kristen Doute and Stassi Schroeder for their past racially insensitive comments and actions. In an exclusive interview with HollywoodLife, the James Mae designer said she hopes that Vanderpump Rules will get canceled. She’s also holding out hope for a return to reality TV someday. The former Bravo star is still promoting her new book (He’s Driving You Crazy) even though her agent dropped her.

Kristen wants to show after eight seasons so she and her former co-stars can work on a project “together.” She wouldn’t reveal the details of this secret project. It would have something to do with a television show of course. Kristen explained that she acted long before appearing on VPR.

“I hope that they get a next season, but in my heart of hearts I [also] don’t so that we can all do something together, but yes, if it’s not that…” Kristen said before adding, “I don’t know what genre, I don’t know what platform at this point, but I loved what we did for almost a decade and I would do it again in a heartbeat.”

It’s a BABY BOY!!!! 💙 @mrjaxtaylor you did something right when you snagged @brittany and God threw you a bone. 😉 WE LOVE YOU GUYS!

Prior to her firing, Kristen issued an apology on social media. She also reconnected with her former co-stars, including Stassi and Katie Maloney. As fans remember, the Witches of WeHo ended their friendship in Season 8. Stassi and Katie were fed up with Kristen’s hot-and-cold relationship with ex her, Brian Carter.

Kristen Doute wants to have her own show

What does she have up her sleeve? Does she want to have her own show? Pump Rules fans have been speculating over the rumors. They find it funny since she wasn’t well-received on the show.

As per Screen Rant, fans are already buzzing over Kristen’s interview. They think if the show ends up canceled, then the former co-stars will have a hard time making a return to TV. Most of them have million-dollar homes that they will have trouble paying for. But it’s up to the network to decide whether to bring the show back.

Everything is up in the air right now. Although SUR has reopened, nothing about filming the next season has been confirmed. Lala Kent, Katie Maloney, and Scheana Shay shared the same sentiments on their uncertainty of the new season.

What are your thoughts? Do you agree with Kristen? Do you think the Pump Rules cast should make a return to TV in another form? Sound off below in the comments section.