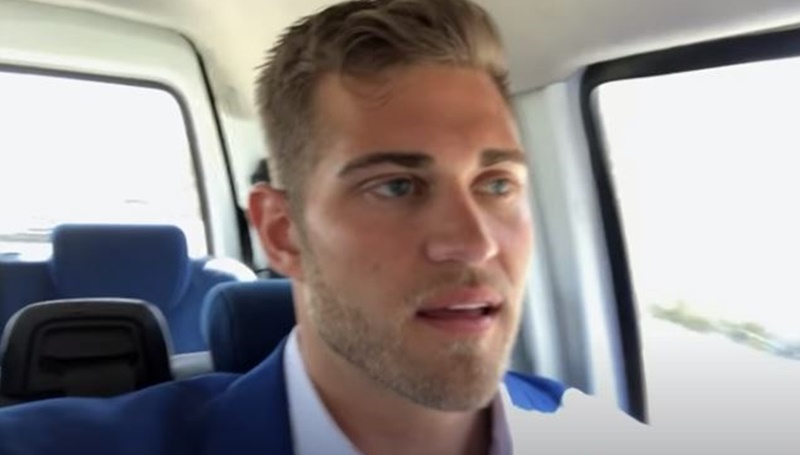 Bachelorette Hannah Brown’s season of the ABC show featured Luke Parker. In the running at one stage, they went different ways after an argument about intimate relationships before marriage. Later, his brother claimed the production team edited him badly.

But now, it turns out that bad editing or not, he apparently broke his contract four times. So, he ended up losing an arbitration case and now needs to fork out $100,000 in damages and another $20,000 in attorneys’ fees and costs. That sounds like a crippling debt for a young man, especially during COVID-19.

We reported in July last year that Luke’s brother spoke about against ABC. He said that the family seemed shocked and felt the show persecuted him for his “faith.” And, they felt it unfair that ABC  brought “former Bachelor Nick Viall and former Bachelorette Rachel Lindsay… on ABC to discuss what a horrible person Luke was.” Plus, he told Fox Nation that they “don’t want a man like [Luke] representing their Christianity.”

In fact, his brother and Luke got quite vocal about The Bachelorette production team. According to My News LA, “a judge Wednesday approved a production company’s bid for enforcement of a $100,000 arbitration award it obtained against a former contestant on ‘The Bachelorette.” The outlet added that Luke “was alleged to have breached a contract by making unauthorized media appearances.” And, he also said “negative things about the show and the producers.”

Apparently, the case revolved around Luke Parker breaking his contract. The documents showed in “September and October 2019, Parker made at least four media appearances without NZK’s authorization.” Plus, he allegedly “disclosed facts and/or made negative remarks about the show and its producers.” Over on Reddit, fans discussed that it’s a lot of money for young man to find. In fact, one described it as “crippling.” One commenter said,” $120,000 is a big debt to dig your way out of.”

Another Bachelorette fan commented, “it’s crippling, especially at his age! feels so draconian.” And, another follower agreed, noting, “Definitely. For a 20 something old in the middle of a pandemic.” And, it seems a shame as most ABC viewers already forgot about Luke. Undoubtedly, his controversy helped increase the ratings of the show at the time. Nevertheless, he broke the contract, aware of the risks.

And, as another commenter said, “He broke the contract. He did it. Knowingly and repeatedly. You might not like the contract, but we all know there’s a contract. He signed it. He broke it…has to pay up. That’s what happens. He didn’t just break contract once by mistake. He willingly broke it multiple times. That’s on him.”

So, what do you think about Luke’s crippling debt?