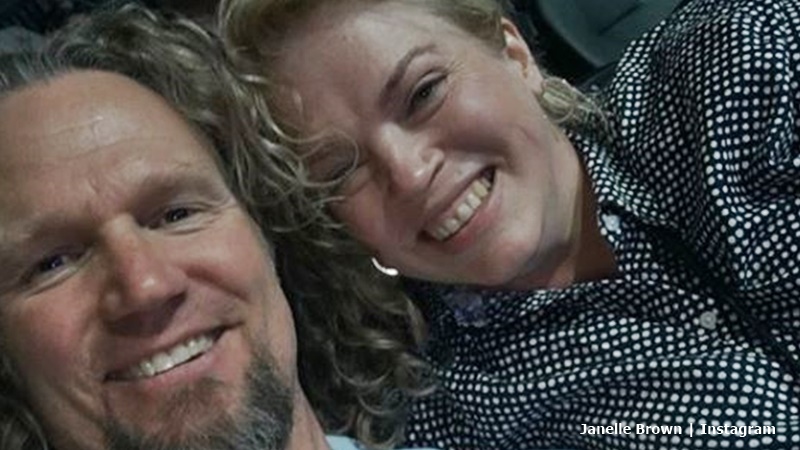 Sister Wives fans know that Janelle Brown falls more and more in love with Arizona. Most especially, she loves nature and wilder places. In fact, recently, she talked about hiking off-trail in the wilderness areas around Flagstaff. And, she enjoys learning about indigenous plants in the area. Now, she took a  trip to Wupatki National Monument and recommends it to her followers.

Janelle gets out and about in Flagstaff. In fact, it seems she really loves the slower pace after Las Vegas, Nevada. While the kids initially hated the idea of Flagstaff, they all seem settled these days. And, Janelle loves nothing more than the farmers market or heading out for a walk in the wild. Actually, we reported that fans recently grew concerned for her. It came after she shared about hiking off-trail.

Many TLC fans worried as bears got spotted in the area recently. Anyway, so far the Sister Wives mom avoided bears. And now, she shared about visiting the  Wupatki National Monument. Her photos revealed that Savannah and Garrison accompanied her. Under a perfectly clear sky, they traipsed their way up the hill to the monument. She captioned her post with, “One of the best things about living where I do now is how many amazing things are close by waiting to be explored.”

In her caption, Janelle also noted, “We went to Wupatki National Monument over the weekend. Fascinating! Worth the short drive.” Then, down in the comments, she explained to a fan that the monument’s “a ruin dating back about 1000 years.” Plus, she explained how “archaeologists” study it to this day.

Those Sister Wives fans who visited the place in the past agreed that it seems an interesting destination. Meanwhile, other fans gave the TLC star some advice on other AZ places of interest. One person recommended, “Tuzigoot” and “Montezuma Castle” in Camp Verde, Arizona. Janelle confirmed she put them on the list, especially with the “cooler” weather these days.

One of the best things about living where I do now is how many amazing things are close by waiting to be explored. We went to Wupatki National Monument over the weekend. Fascinating! Worth the short drive. #touristinmyowncity #explore #nationalmonument

What to expect at the National Monument

According to the National Parks Service, the Wupatki National Monument’s  “open with partial visitor services available. All trails and restrooms opened.” However, “The Wupatki Visitor Center remains closed at this time.” The site also explains that the creators of the ruins “were ancestors of the Hopi, Zuni, and other Puebloan peoples.” Back in the day, a regular water supply came from a nearby river, that dried up completely now. They also explain the historical significance of the place.

The whole place sounds fascinating if you enjoy culture, the outdoors, and history, as Janelle Brown from Sister Wives does.