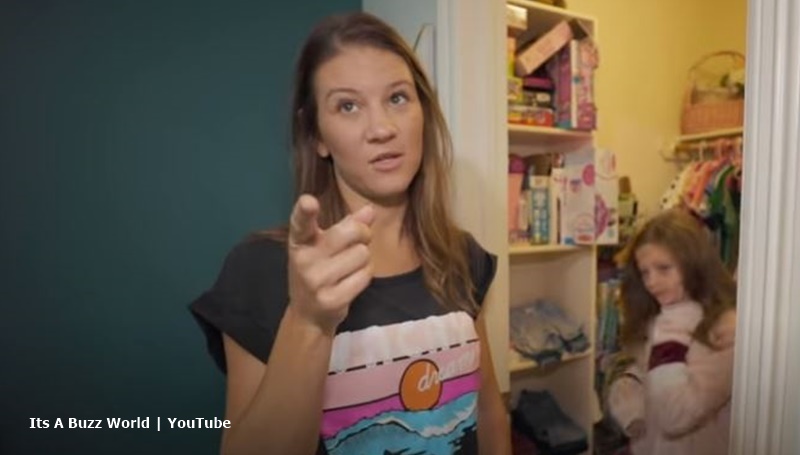 OutDaughtered fans know that Adam and Danielle Busby produced six kids. Blayke, now nine years old, and the quints, aged five. Blayke, the first child who arrived in the family was born in 2011. Her parents met in 2003 and married in 2006. But, there’s a fictional daughter older than Blayke, born two years before the wedding.

OutDaughtered – the fictional sister of the Busby family

Each year, the Bubsy family celebrates the Neonatal Intensive Care Unit. Well, the quints were born and nurtured in the NICU. And now, it emerges that during that time, a fiction sister features in their lives. Just to be clear, this sister is not really a child of Adam and Danielle. Mind you, it reads that well, that you might actually believe it. Writing in a blog or journal form, the fictional sister presents the viewpoint of an older sister who feels like a bit of a misunderstood kid in the family.

The name used in the storyline is Harley Jo Busby. According to the tale, Harley came along before Blayke, and before the wedding. The story kicks off as Blayke’s four and Harley’s 10. Harley describes herself as a bit of a tomboy compared to her “girly-girl” sister Blayke. She’s like that as Adam wanted a boy. Mom Danielle awaits the birth of her OutDaughtered quints by C-section. And, in the meantime, Blayke and Harley mostly stay with Aunt Lili.

Believable scenarios in the Busby tale

The fifth-grader in the story reveals texts and conversations with her dad, Danielle, her Aunts and Uncle Dale Mills. Emotional. the ten-year-old feels bad because she misses her mom in the hospital. And, it looks like some sibling jealousy features as well. In several parts, the story describes some of the tension between Adam and Danielle that fans noticed in some episodes on the TLC show.

By the age of 15, when Blayke turned 8, Harley Jo reveals that she’s closest to Parker Kate, and Riley’s a “little monster.” The fictional OutDaughtered character talks about the quints’ friend Liam, and Beaux dog. Liam gives her a promise ring, and after getting in pizza, he and Harley Jo kissed. The day-to-day journal goes through the complexity of a girl who adores her dad and wishes for the days when she didn’t get buried under all the hype over the quints.

Part of the story that seems obviously made up, comes when the fictional sister describes how Adam went through a mental breakdown over his guilt. That obviously came from the show where fans saw Adam struggle with depression after the birth of the quints. What-if scenarios pop up, all the time. What if Adam didn’t cope with his depression? What if they Bubsy’s produced an older daughter?

The writer’s profile of the fictional OutDaughtered child takes readers to a Facebook profile of someone who attends high school in Illinois. This person seemingly has a good future as a writer in later life. You can read the journal of this fictional daughter on this link.