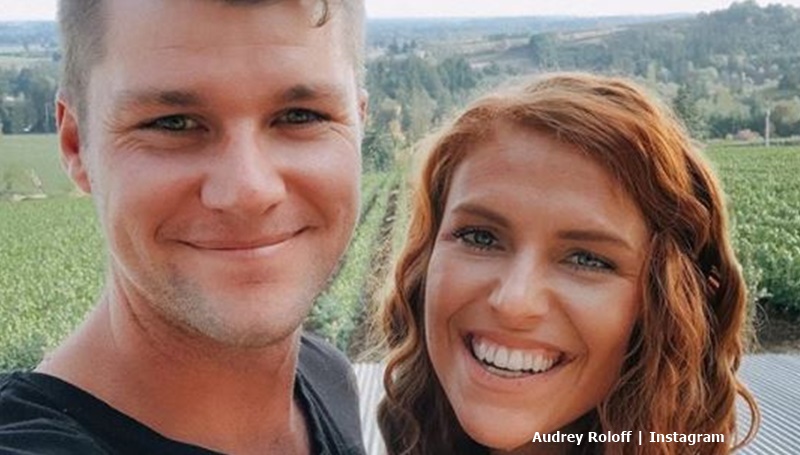 Audrey Roloff and her husband, Jeremy wrote a book called A Love Letter Life. Amazon describes it as “Jeremy and Audrey equip you to pursue an intentional, creative, and faithful love story by sharing theirs.” Well, a lot of critics felt the couple, only married a few years, didn’t have the experience to write about it. Now, Audrey just described how Amy Roloff’s dad reacted to it.

We reported this week, that Amy’s dad Gordon, aged 91, drove all the way from Michigan to Oregon by himself. He met up with Amy and spent the anniversary of his wife’s death with her. Patricia passed away last year. Of course, the rest of the family also catch up with Jeremy’s grandfather.  The Little People, Big World matriarch said, “He’s 91. I’m so thankful he’s able to be here and doing so well. It’s one year since my mom passed away. We’re remembering her too. Love my Dad.”

Audrey Roloff and Jeremy also caught up with Gordon. Maybe he spent some time with Ember and little Bode, as well. Taking to her Instagram, Audrey spoke about how he read their book, A Love letter Life, for the first time. Apparently, he liked it so much, he seemed surprised that they wrote the book and not some “ghostwriter.” But, Jeremy assured him they penned “every word.” In fact, he also seemed amazed that it made the New York Times Bestseller List.

Gordon reacts to the book

Audrey and Jeremy, who left LPBW and TLC some years ago, still retain a huge following. That’s rather useful when you write a book and start marketing. But, clearly, hundreds of thousands of people read the book and enjoyed it. Now, Amy’s dad Gordon also enjoyed it. But, it seemed a bit of a heart-wrencher for him as well. Audrey explained how one section of A Love Letter Life made him cry.

In her long post, the LPBW alum wrote, “grandpa Knight put his hand on my shoulder and said, “I’m on chapter five of your book…” then he started to cry and through sobs, he said, ‘It’s like a shadow of our story.” He obviously talked about his own journey through life with Patricia. Audrey felt she “could hardly hold it together.” And, Gordon told her that he totally “related to it.”

Story time: Over brunch I was talking with Grandpa Knight (Amy’s dad) and he asked me about what Jeremy and I do…. which is always hard to describe to our grandparents generation🤪 When I told him that we wrote a book, he asked what it was about. I told him it’s our love story written with the hope to inspire our generation to be more creative, intentional, and faithful in their relationships. ⁣ ⁣ His response was preceded by a well-meaning chuckle, “Now is there a market for that?” 😂😂😂⁣ ⁣ I smiled back, “Enough to become a New York Times Best-Seller..” 😜🤷🏼‍♀️ We had a copy in the truck so we gave one to him – never expecting him to actually read it. ⁣ ⁣ About an hour later he got up from the recliner and walked over to Jeremy and said, “Now this is very good, did you guys write this or is this a ghost writer?” To which Jeremy replied, “We wrote every word grandpa.” ☺️⁣ ⁣ We went home to nap the kids and then came back for dinner. As we were walking outside before dinner to take some family photos grandpa Knight put his hand on my shoulder and said, “I’m on chapter five of your book…” then her started to cry and through sobs he said, “It’s like a shadow of our story.” I could hardly hold it together🥺 He patted my shoulder and smiled through his tears, but he couldn’t say anymore. Grandma Knight passed away last year after being married 66 years💔⁣ ⁣ I was speechless. He later said he could unexpectedly relate to it😭 It brought back memories of his own love story – long distance and the pursuit of adventure and God together. ⁣ ⁣ I would have NEVER thought a 91 year old man – after having been married for 66 years – would find himself in a heap of tears while reading A Love Letter Life😭 I can’t fully articulate what that moment meant to me. ⁣ ⁣ It was such an honor, inspiration, and joy spending so much time with grandpa Knight this weekend. I mean… to drive across the country at his age with a pop up tent in the back of his truck, be on zero medication, able to pick up a 3 year old, and tell stories full of wisdom and humor late into the night over wine and hot toddies… it’s just remarkable. He’s truly a legand❤️

For Audrey Roloff, she felt “speechless.” She also added, “I would have NEVER thought a 91 year old man – after having been married for 66 years – would find himself in a heap of tears while reading A Love Letter Life😭 I can’t fully articulate what that moment meant to me.”

What do you think of the way Amy’s dad reacted to Audrey and Jeremy Roloff’s book? Sound off in the comments below. ⁣