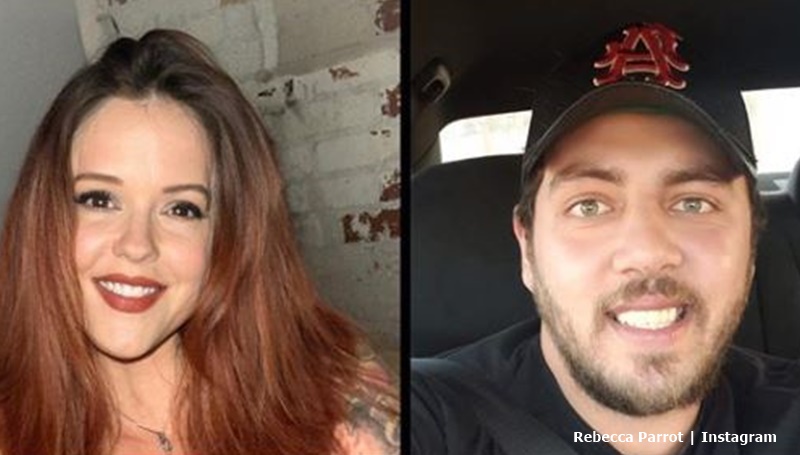 90 Day Fiance star Rebecca Parrot just shared photos of her and Zied’s kids. Wait! What? Well, don’t get overly excited. She shared about what their kids might look like if they ever have any. Certainly, she seems delighted with the new Face App function. But, some users feel rather differently about it.

We reported that Rebecca became a grandmother for the eighth time. The news came out in August, that her daughter Tiffany’s pregnancy for the first time. Well, fans seemed surprised that she already has seven grandkids. And, potentially, she and Zied don’t plan in their own kids, given her age. We noted, “there’s a 22-year age gap between Rebecca and Zied. Now heading for 50, Rebecca’s not likely to have any more of her own kids.”

Now, it looks like Rebecca plays around with an App, imagining if they could produce a son and daughter. The 90 Day Fiance star took to Instagram and shared photos of her and Zied. Above them, she revealed what her kids might look like. Then, she captioned her post with, “not ready for this!!” Next, Rebecca mentioned the @faceappai page. Actually, they bring a “filter that shows you what your kids would look like.” And. she really liked the appearance of her “daughter.”

Fans of the couple liked the pictures but disagreed the boy might inherit such a long chin. As one person noted, both kids looked rather more like Zied. But, they also said the App seems a bit “inaccurate.” However, the fan agreed the imaginary kids look very nice. Other fans talked about the filters. And, that comes as many fans know Rebecca firmly believes in using them on Instagram. Mind you, Zied looked the App post. And, he responded by commenting, “Hahahha😂😂😂😂amazing baby👏 ❤️❤️😍😍.”

However, it seems like a fun App. And for Rebecca, playing at “what if,” sound like a fun thing to do. Fans love Zied and Rebecca and don’t mind if they don’t have kids. They just want more from them on the TLC franchise. One fan asked, “Will you guys be back on 90 days?!? And, Rebecca confirmed they return again on the 90 Day Fiance franchise in the future.