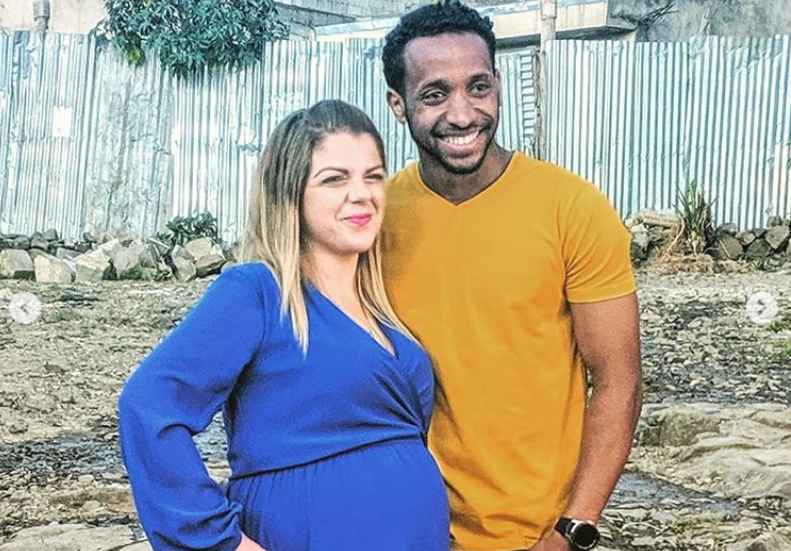 Being a cast member on 90 Day Fiance isn’t easy and this particularly applies to Ariela Weinberg of The Other Way. In the sneak preview released prior to the midseason break, fans saw Ariela giving birth to Biniyam’s baby. It was obviously very emotional, as she suddenly had to have a cesarean section. We then see her arguing with Biniyam’s sisters about the baptism of the baby. While the show is on midseason break, Ariela is unable to share any details of her new baby with her fans. As a friendly and caring person, she feels she is denying her fans the information they want to know.

Are 90 Day Fiance stars Ariela and Biniyam still together?

To all intents and purposes, recent episodes made it look like Ariela and Biniyam were about to split.  The explosive trailer for the upcoming episode of 90 Day Fiance: The Other Way was pretty shocking for all cast members. However, all of them know they have to keep things secret from their fans, as per their TLC contracts.

Meanwhile, fans are constantly bugging Ariela for information about her baby and whether she and Biniyam are still together. Ariela and Biniyam are managing to hide their lives on social media.  However, this doesn’t make things easier for the new mom.

Ariela, 29, was traveling the world to get over her divorce and stopped over in Ethiopia. The freelance writer met Biniyam, 28, while catching a cab. They went on to spend some time together and really hit it off. However, when Ariela returned home, she found she was pregnant with Biniyam’s child. She made the ultimate decision to return to Ethiopia to be with him.

Their journey hasn’t been an easy one, as Ariela’s mother, Janice, accompanied her. While Janice approved of the hospital facilities, she was shocked at her daughter’s living conditions. Another major problem is that Biniyam wants the baby to be baptized under his religion. This would mean Ariela converting to the orthodox Ethiopian church. As she is Jewish, she doesn’t want to do this. Meanwhile, Biniyam’s sisters have pointed out that if their child is not baptized, he is eventually going to hell!

Biniyam’s family is also concerned. He was married to an American woman before and they have a child together. His ex-wife left Ethiopia, taking his son with her. Now the family worries that Ariela will do the same.

Of course, the midseason finale of 90 Day Fiance: The Other Way ended on a cliffhanger, with Ariela and Biniyam fighting in a taxi. Ariela tells him she doesn’t want to be alone with him following her mom’s departure. This left fans literally hanging on the edge of a cliff, wanting to know if Ariela, Biniyam and the baby are all OK.

As 90 Day Fiance fans know, other couples on the TLC spinoff haven’t been able to keep their lives under wraps. This includes Deavan Clegg and Jihoon Lee – we know she left him and now has a new South Korean boyfriend, Topher Park. There was also the story of Brittany and Yazan, which makes it look as though she has left her Jordanian man.

While Biniyam has mainly kept things quiet, answering questions with a smiley, Ariela is finding it particularly hard. As noted by Screen Rant, she has a warm and friendly fan following and she wants to share her life with them.

Ariela has managed to keep reasonably quiet, although she is sharing her mom on her Cameo account. Fans who need motherly advice or just a chat can contact Janice. She also posted a series of fun images, obviously taken in Ethiopia before she gave birth.

Ariela also recently posted a couple of Instagram Stories, where she appears to be in a park. The background definitely looks like she could be in Ethiopia.  One image shows Ariela pouting. Her caption? “That look you get when you remember you’re not allowed to post a dammed [sic] thing on social media.”

On the next, the 90 Day Fiance star writes, “Like… how much longer can I take?”It can’t be easy for either Ariela or Biniyam at this time, with no one knowing their relationship status. However, there isn’t much longer to wait as 90 Day Fiance: The Other Way returns to TLC on October 11.