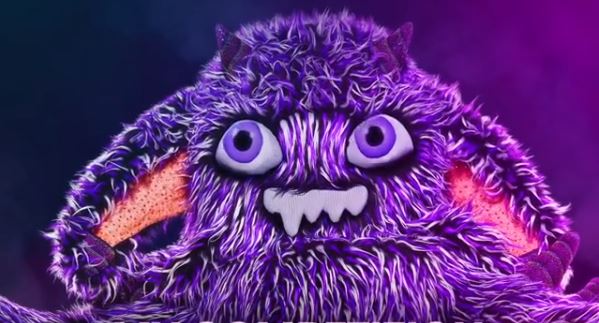 Who Is Gremlin on The Masked Singer? Here are just a few hints that are leaving fans scratching their heads.

The Masked Singer returned to The Fox Channel for its fourth season. Fox revealed 14 masks that debuted on Season 4, and now, it’s time to let the guessing begin. The premiere showcased a few costumes including Popcorn, Giraffe, Sun, and a very cute, Snowy Owl pair.

The popularity continues for The Masked Singer

The Masked Singer has been taking to the world by storm! These reality show premiers a bunch of disguised celebrities singing a unique song. Then the fans try to guess their identity oh, and don’t forget the 4 judges that are only around to confuse fans!  From week by week, the audience votes, and when a contestant is eliminated, and their identity is final as they exit the show.

The first clue comes from Gremlin himself, “I can thrive when the temperature is a cool 66.5 degrees.” they stated. According to Men’s Health, the second clue is the also describe their life as “chaotic” and their personality as “playful,” which isn’t a super enlightening comment.

Fans guess about Gremlin on The Masked Singer

One imaginative guess comes from people on Reddit, the users believe Deal or No Deal host, Howie Mandel, is behind the mask. Mandel, who was the voice of Gizmo in both the original Gremlins and Gremlins 2. This opinion seems to be very popular with fans and is a real page-turner! A few other Reddit users argued the possibility that it could be rapper Vanilla Ice due to the 66.5 degree-mention might just be a reference to his stage name. Many people agreed and added that roughly 66.5 degrees are the temperature of the Arctic Circle which is ice, so Vanilla Ice is a good possibility. A few people have randomly wondered if the degree hint could be some weird hint of the possibility of being a member of 98 Degrees?

Grem and bear it — let's try to guess the celeb behind #GremlinMask. 🤔 They're taking #TheMaskedSinger stage along with more all-new masks Wednesday at 8/7c!

The first mystery was already solved at the end of the last episode when the Dragon was revealed to be the witty and humorous, Busta Rhymes. Sadly, he was sent home.

Every celebrity put on a good performance, but it’s the Snowy Owls who had many fans stumped on their identity. The Masked Singer has never before had a duo competing as one contestant entry and is torn between wanting them to last as long as possible and urgently wanting to know who the pair could possibly be.