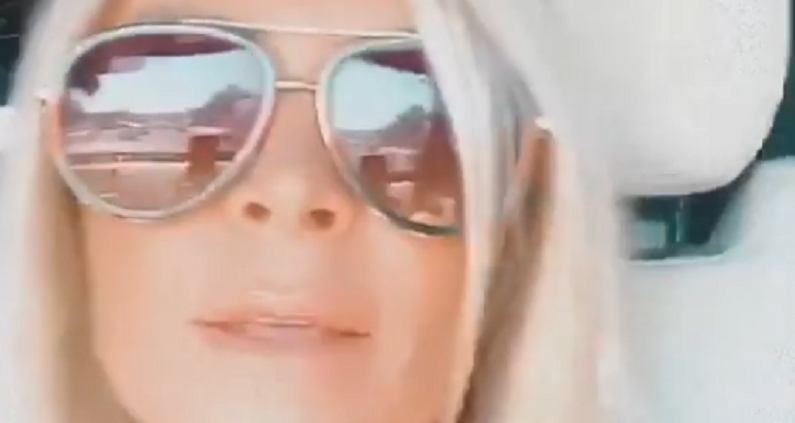 Tamra Judge is on the attack. She’s not taking well to Brandi Glanville’s claims about her RHOC exit. Although she’s left the Bravo network, she’s still involved with the Housewives drama on social media. Earlier this year, Tamra announced her exit from The Real Housewives of Orange County after 12 seasons.

Now, she’s at war with The Real Housewives of Beverly Hills alum Brandi Glanville. The fitness trainer slammed Brandi for her “ignorant attacks.” As fans know, Tamra doesn’t sit quietly. She will continue to defend herself, even if she has to take it to the media.

Find out why Brandi has Tamra so upset.

On her podcast, the Celebrity Big Brother alum invited Andy Cohen as a guest. During the episode, the two discussed The Real Housewives franchise. During the interview, Brandi Glanville claimed that Tamra and Vicki Gunvalson were fired due to their age.

“I felt like [Vicki and Tamra] told their entire stories and they both said that [you are] an ageist,” Brandi said during the latest episode of her Unfiltered podcast. “They said you were going against them because they got too old.”

But Andy denied Brandi’s claims. The Bravo EP said that age was not a factor in Tamra’s contract. He noted that Ramona Singer from The Real Housewives of New York City is older than both women. Andy was clearly not happy with Brandi’s ageist remarks.

Happy Birthday Sophia. I can’t believe my baby girl is 15 years old. You have changed so much throughout the years but some things remain the same…. you are a rockstar , my best friend , incredibly talented , smart , beautiful, selfless, and caring. We are so proud & love you so much… but, mildly worried that next year you’ll be driving 😳 #happybirthday #sophiagrace #shegotitfromhermama

“Ramona is older than Vicki,” Andy explained. “If you look at the women on our shows, there are alot of women that are really thriving in their 50s and late 50s. Yeah, no. I don’t care for that [comment].”

Brandi claimed she was only quoting Tamra from when she appeared on Behind the Velvet Rope podcast. During the episode, the RHOC album told host David Yontef that her friend auditioned for the show who gave her a shocking revelation. The friend claimed that Bravo wanted “younger housewives.” Tamra felt “some truth” with her friend’s comments.

Tamra Judge doesn’t take criticism well. She issued a statement to Celeb Magazine, calling out Brandi for misquoting her.

“I DID NOT say Andy fired me due to my age,” Tamra explained to the outlet on Wednesday, September 30. “This is just ridiculous since Shannon [Beador] is older than me and still employed.”

Tamra revealed that this is not the first time that Brandi made claims about her.

“This is just another one of Brandi’s ignorant attacks,” Tamra said. “Last year on her podcast she said that I ‘don’t see my granddaughter’ and I have a mental condition. Both of those statments are NOT true, either!”

#Repost @venacbd with @get_repost ・・・ Monday blues- we don't know her! Especially when we have Bites on hand 🍋⁠ ⁠ CBD Bites work by providing you with an easy, discrete, ingestible form of CBD that can be taken daily with or without a meal. A regular daily serving of 25mgs of CBD, works best for most people however, listen to your body and increase your serving if needed.⁠ ⁠ Shop Bites now with link in bio.

The Vena CBD founder said she’s not going to “sit back” and let Brandi “spread lies, lies, [and more] lies.”