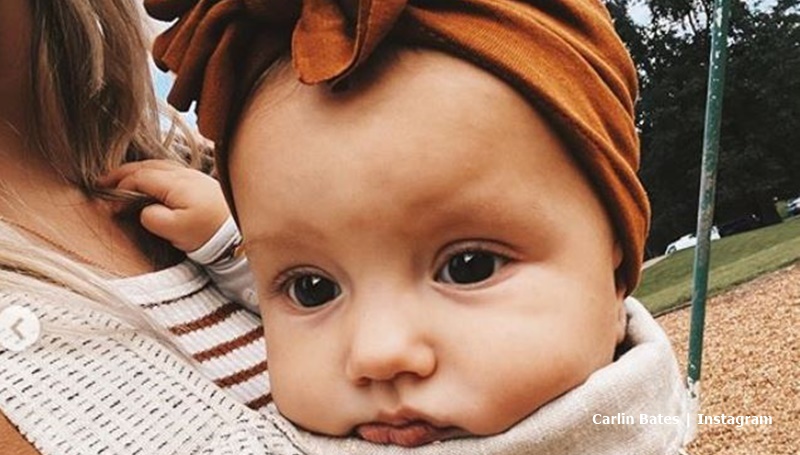 Carlin Bates took to her Instagram and talked about how Layla turned eight-months-old already. In her long post, she dwelled on some serious aspects of motherhood. Actually, it sounds really daunting when she mentions all the responsibility. Nevertheless, she simply adores being a mom.

Carlin Bates celebrates being  a mom for eight months

Evan Stewart and Carlin Bates might be expecting another baby. Or, that’s what fans speculated anyway. We reported that Evan recently shared a photo of himself with baby Layla and Carlin. As soon as they saw it, Bringing Up Bates fans started talking about whether she expects another baby soon. Possibly, the speculation came because she wore a bit of an “oversized sweatshirt.”

However, even if she expects a baby she wouldn’t talk about it in the comments of Evan’s post. Usually, that sort of thing comes as a big family announcement. Fans, of course, hope for the day. But for now, Carlin Bates still enjoys the novelty and responsibilities of being a fairly new mom. Layla turned eight-months-old. And it’s been a bit of a ride with her. After all, People reported that Layla had a hole in her heart and suffered from breathing issues.

UPtv star gets serious about motherhood

Carlin, a fan-favorite from the UPtv show, shared a couple of photos on Tuesday, September 29. In her caption, Carlin said, “It’s crazy how fast the past eight months have come and gone!!” And, she talked about how times flies so fast, soon Layla turns one-year-old. It seems a very short time for her, but Carlin “learned so much.” And not just about parenting. Carlin noted that she spoke about things she learned about herself as well.

Of course, Carlin Bates comes from a very large family. And now, she “understands” why her parents chose certain ways of raising their kids. She added, ” I’ve never wanted so badly to be a better woman, become more godly, nurturing, loving, and gentle. 💛.” Next, the Bringing Up Bates star talked about responsibilities. As she notes, sometimes, childrearing’s “heavy, scary, and incredibly overwhelming at times.”

Privileged as a mother

While those responsibilities sometimes made Carlin feel scared, she feels very grateful. And, she hopes that the way she lives her life allows Layla to follow her example for the “glory of God. She ended by saying, “🥰 I can’t think of a better way I could live my life. What a privilege to be her mother!”

Plenty of fans loved the way Carlin Bates spoke about motherhood. One of them said, “It’s crazy how becoming a parent puts things into perspective! Beautiful pics 😍.” Can you relate to that? Sound off in the comments below.