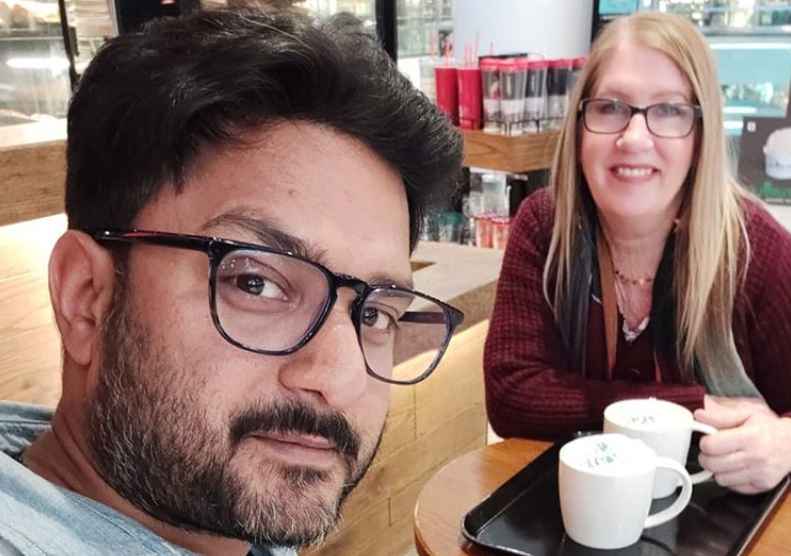 As 90 Day Fiance fans know, reality TV isn’t always totally real. Leaving out a little information can often add to the drama on the TLC reality show. Fans believed Jenny had lied about staying with Sumit’s parents in 2013. It turns out this wasn’t the case. According to Sumit, the fault lies with TLC’s editing of the show. The part of the show that covered it was only on the TLC app.

Fans were totally shocked when Sumit’s parents, Sahna and Anil, appeared on 90 Day Fiance: The Other Way. Finding out Jenny had overstayed her welcome with his parents was shocking. It also turned out his parents initially thought Jenny was just a friend. However, they discovered she was sneaking into Sumit’s room. This put a different light on their relationship, one that Sumit’s parents did not approve of.

Jenny lost a lot of loyal fans over this. With 90 Day Fiance: The Other Way returning in October after the midseason break, Sumit decided to step up. He wanted to let fans know that TLC may have stretched the truth.

Jenny, Sumit and his parents

Since appearing on 90 Day Fiance, Sumit Singh has had a rough time. On the one side, he loves Jenny Slatten, but he also loves his traditional Indian parents. Admittedly, he did initially catfish Jenny on Facebook. However, their relationship is true. Jenny, 61, and Sumit, 30, have been together since 2012 when she first flew from America to India.

Sumit’s parents said Jenny told them she was friends with Sumit on Facebook and wanted to visit India. However, they say her short stay ended up being four months. Sahna and Anil also objected to the major age difference. In fact, while she initially stayed there, Jenny and Sahna became friends, as they were around the same age.

This is likely what led to Sumit being forced into an arranged marriage. Sumit initially hid this fact from Jenny. However, finally, he is getting divorced and they can be together.

Are Sumit and Jenny engaged?

The couple has been reasonably quiet on Instagram since 90 Day Fiance: The Other Way went on its midseason break. However, Sumit did post an image, where Jenny is wearing a ring.

When fans asked about Jenny’s ring, Sumit seemed to misunderstand. He thought they were talking about a ring he is wearing. He commented in reply, “I think a lot of people miss the part when Jenny was buying ring for me coz it was in a special episode and they didn’t show it on TV.”

When it came to light that Jenny had not been scamming Sumit and his parents, Sumit wrote,  “Same like Jenny’s casting video where she did say that she came to India in 2013 and stayed at my house for 4 months.”

One fan asked Sumit why Jenny hadn’t mentioned her former trip to India, he replied, saying that she had. According to Sumit, this fact did come up in the first introduction video released by TLC. However, the network only released this on the TLC app and not on TV. Sumit said, “So, it’s not Jenny’s fault that so many people missed that video.”  He added that now fans think she has been hiding her 2013 trip to India, but he said they can check it out. If they search on TLC Go for that episode, they will find it.

As noted by Screen Rant, a preview for the next episode of 90 Day Fiance: The Other Way shows Sumit fighting with his mother. However, if Sumit and Jenny are really engaged as the image suggests, they may have surmounted these problems.

90 Day Fiance: The Other Way returns to TLC during October.