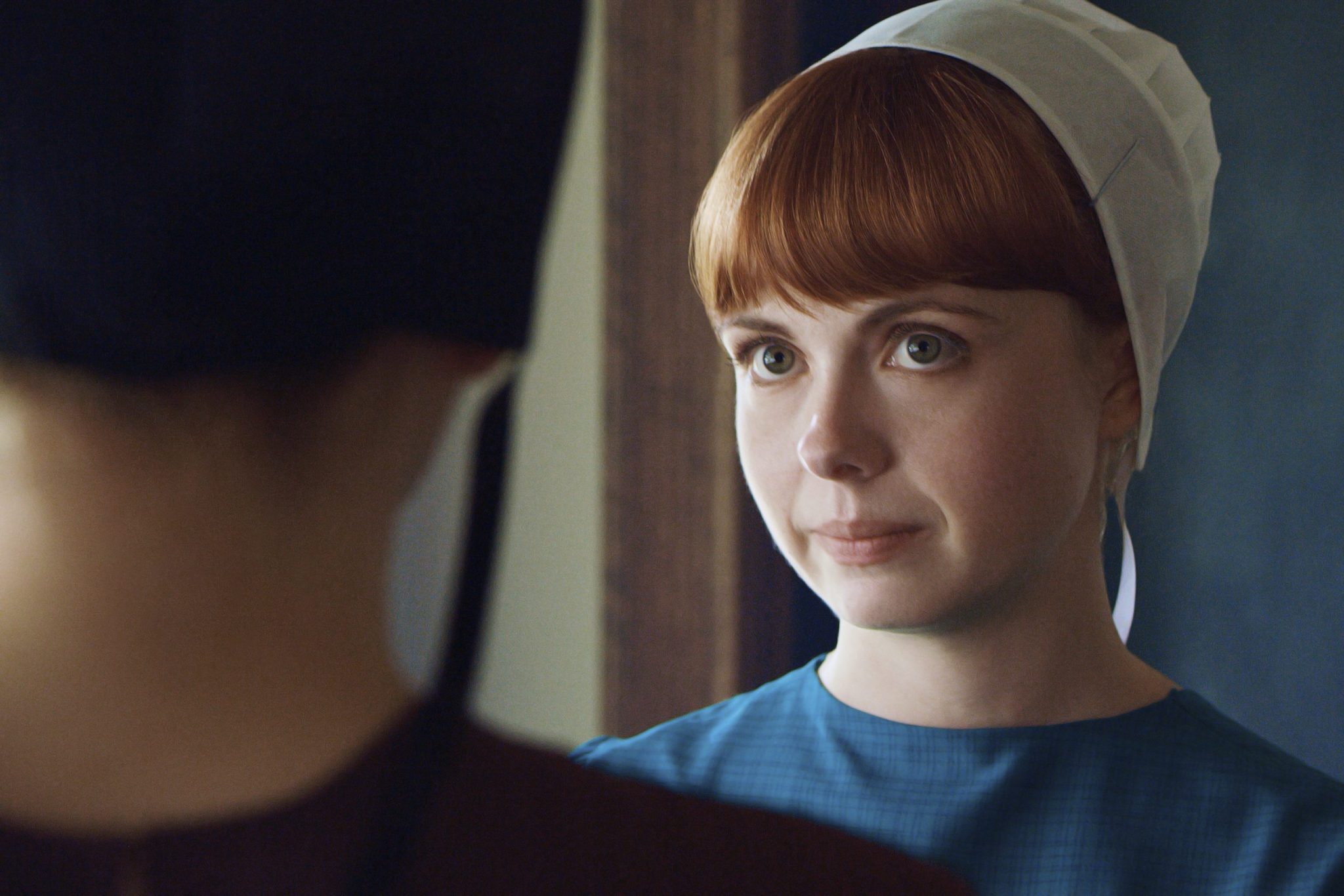 Hallmark’s Follow Your Heart is an Amish romance that is going to bring fans to a world where everyone is unplugged, and family is what matters. Starring real-life married couple Galadriel Stineman (The Middle) and Kevin Joy (Grimm), along with Jonathan Patrick Moore (Blindspot), this movie asks if you can ever go back home.

Kathy Yoder (Stineman) has returned to the Amish hometown that she left a while back. She is back to help settle her dad’s affairs. She had given up her Amish ways and found success as a travel guide writer. Back at home, life is again quiet and contemplative.

Her new city life means cell phones and FOMO. Kathy is always plugged in and tuned out of the life around her.  Now, she is home and is forced to unplug those addictive devices. Are they helping her life, or are they a worthless trap?

When she runs into her childhood friend and love, Issac (Joy) she has to make some tough decisions on whether she can leave again. Did she find what she was looking for in the outside world. Or, does her heart belong home?

This is not your typical Hallmark movie and ending. Prepare to be a bit surprised.

Did you know that Galadriel Stineman and Kevin Joy have been married for 10 years? Not only are Galadriel and Kevin playing love interests in Follow Your Heart, but their two sons, Atticus and Sawyer are also in the movie.

Speaking to House of Hallmark, Galadriel explained that she first worked for the same production company two years before they started to film Follow Your Heart. At that time, Sawyer was less than a year old, and Kevin brought him to the filming location, so they could have family time together.

Then, some time later, when they started casting for this new Hallmark Movies & Mysteries film, the production crew thought of the two of them, as well as their two sons. Kevin’s parents joined them in the Ozarks, where they filmed. This meant that his folks could take care of their two sons, while they filmed the movie. Every night, they could have dinner and spend time together.

The couple has previously worked together. They shared that they were in The Middle, playing an obnoxious, kissy couple. Every time Sue Heck tried to get to her locker, they were embraced in an endless passionate kiss. They were offered the job because they did look young enough to be eighth graders. It also helped that they were a couple. Thankfully, they passed that audition.

During this coronavirus quarantine, do the couple unplug? Although they are online more than ever for their jobs, they purposely unplug their devices over the weekend. Instead of playing video games or watching tv, they play boardgames or do puzzles as a family.

My favorite expression Kevin looks at me with… though MAYBE not his favorite 🙄😂Set your DVR’s, I’m in countdown mode! 10/4 at 9 EST/PST on Hallmark Movies and Mysteries . . . #followyourheart #galadrielstineman #hallmarkmovies #hallmarkmoviesandmysteries #amishmovies #romancemovies

Be sure to check for times, as they can be schedule changes.