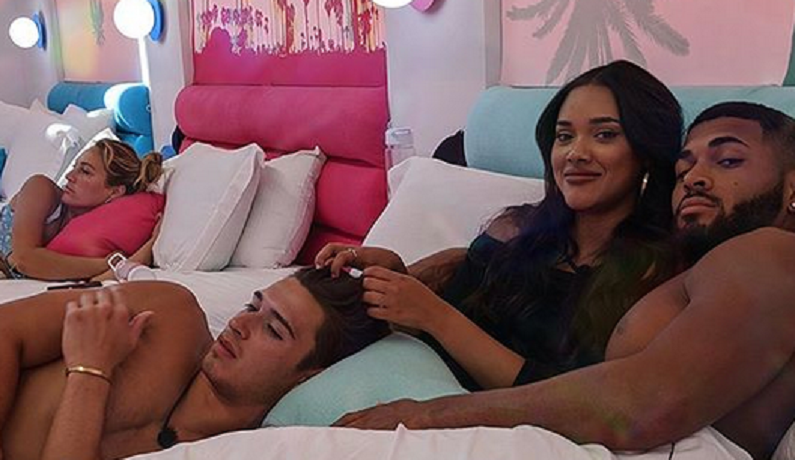 Love Island fans are no longer a fan of Cely. At the beginning of the season, viewers adored Johnny Middlebrooks and Cely Vazquez. They were excited to see their relationship flourish onscreen. But viewers were disappointed after Cely accepted Johnny’s apology for his shenanigans in Casa Amor.

Now, after the latest episode, fans are turning on Cely. They feel that she has gotten increasingly annoying with each passing moment. Some are even going as far as calling her a “fake a**” for her sudden support of a certain couple. As TV Shows Ace previously reported, fans love Justine and Caleb and won’t have it any other way.

Love Island fans stormed social media after Cely changed her stance. She has said that Calvin and Moira are her favorite couple. This comes as a shock since Cely and Justine have become close friends on the show. Fans were so surprised that they called her out on social media.

In the past, Cely and fan-favorite Justine Ndiba’s friendship received praised. The girls had each other’s backs, no matter what. Justine stood by Cely, even when she took back Johnny. However, it appears that Cely suddenly loves Moira and Calvin.

You + voting = Jaleb to the hideaway 🥰🥂 #GivingAmericaWhatTheyWant #LoveIslandUSA

On Friday night, America voted for Justine and Caleb to spend a night in the hideaway. Fans noticed Cely’s expression changed when she heard the vote. Caleb and Justine made it clear they enjoyed their alone time. They didn’t have to share the details with the audience.

But the following morning, Cely woke up and greeted her fellow islanders. When she approached Moira Tumas and Calvin Cobb, she declared they were her “favorite” couple.” While the couple’s relationship has improved, the sudden shift in loyalty was interesting to fans. They wanted to know why Cely said that Moira and Calvin were her favorite couple when she’s best friends with Justine in the villa.

Most of them flocked to Twitter to call out Cely. Some accused her of being a “fake a**” for changing her alliance. Here are just some of the comments from the previous episode:

Love Island fans have given Cely a new nickname. However, she probably won’t like it. The season finale is coming soon, which means fans can vote for their favorite couple to win. If the social media posts are anything to go with, then the fans want Justine and Caleb to win.