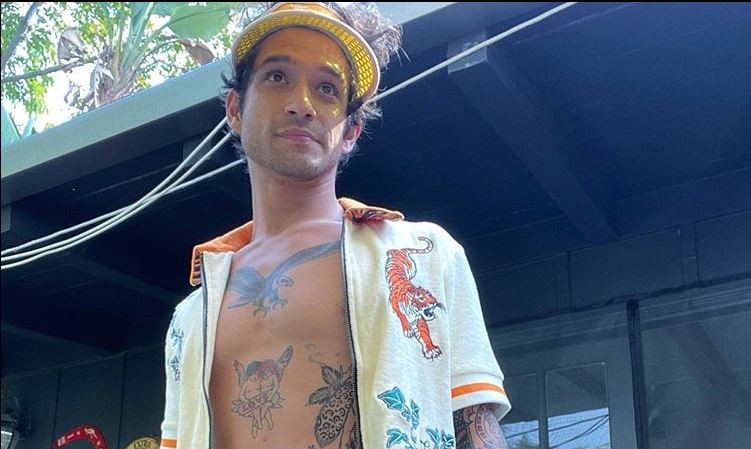 Teen Wolf fans were pumped up when they saw Tyler Posey’s new Instagram post. They believed he was announcing there would be a Season 7 of the hit show. They were completely wrong. Tyler made the big announcement he has opened an Only Fans account.

The Teen Wolf star shared the big news on Instagram. TMZ also had the scoop on the surprising news. Tyler set up an Only Fans account so his many admirers can see more than what they would on Instagram….much more! To see the private, probably nude content, fans must pay a monthly subscription fee. His Instagram post featured a video that he captioned, “You guys asked for it, and I supplied. I now have an only fans. Follow the link in my bio and come get wet with me! haha”

Tyler’s Only Fans will feature BTS footage from his film and TV shoots, personal pics and videos, cooking clips and even exclusive music performances. Although that sounds fairly harmless, no doubt he will be nude in much of this.

You guys asked for it, and I supplied. I now have an only fans. Follow the link in my bio and come get wet with me! haha

And, to draw fans in to subscribe, he ended his post with a catchy little song. Plus, Tyler was sitting completely naked on a bar stool. He sings, “Welcome to my OnlyFans. I play guitar in my bare *ss. Hang with me and we’ll be best friends.” Fans can catch all the content for $14.99 a month.

Prior to the nude guitar playing, Tyler shared many clips from his time on Teen Wolf. This is what led many fans to think he was announcing a new season of the MTV hit.

One fan said, “this season of Teen Wolf looks different 👀.” Another said, “Thought he was going to announce season 7😂.” And, yet another said, “next time on ‘the teen wolf cast: where are they now?'” Many continued commenting how they believed a new season was coming. Then one fan hit a chord. They said, “Did we learn nothing from the Bella Thorne fiasco?”

Tyler’s announcement comes just a month after Bella Thorne announced her own Only Fans. She received much criticism by many others on the platform for already having such a large following due to her stardom. In fact, she received a huge amount of money after just one week. Now, many are feeling the same about Tyler.

What do you think about Tyler opening up an Only Fans account? Do you think he will be criticized as much as Bella Thorne?