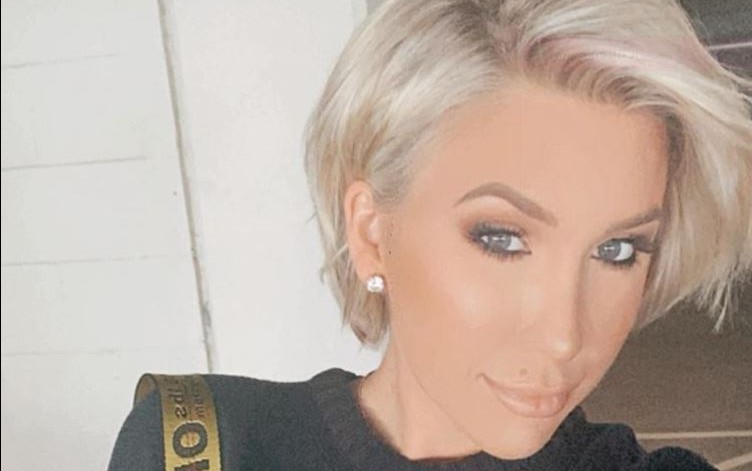 Savannah Chrisley is bringing awareness to a diagnosis many women suffer with. She is revealing that she was diagnosed with endometriosis when she was 18. And, she just endured her third surgery to treat it. Find out more about what Savannah has to say about her condition.

Savannah urges everyone to be more aware of the condition

2020 has not been an easy year for Savannah. Not only did she and fiancé Nic Kerdiles split this month, in August she underwent her third surgery for endometriosis. US Weekly shared more about what Savannah is hoping to accomplish by getting her story out there. They also shared what the condition has put her through, along with possible future challenges.

The Chrisley Knows Best star is hoping to bring awareness to the condition by speaking openly about it. Endometriosis is a condition in which the tissues that normally grow within the uterus, grow outside instead. This can be very painful and make female periods excruciating. Scar tissue can also form as this tissue has no way to exit the body. Ultimately a woman’s fertility can be affected by the condition. Many times surgery is an option to remove some of the tissue.

Yesterday she posted a ten minute long video detailing her ordeal. She titled the Vlog “Something That’s Real. A Savannah Chrisley Story.” She captioned the video saying, “For those that don’t know…176 million women worldwide suffer in silence due to endometriosis…that is unacceptable! Let’s not remain silent any longer. We need to fight and persist until endometriosis is accepted and taken seriously. Thank you to everyone who has continued to follow my journey…it’s still not over. Next stop…kiddos when the time is right!”

For those that don’t know…176 million women worldwide suffer in silence due to endometriosis…that is unacceptable! Let’s not remain silent any longer. We need to fight and persist until endometriosis is accepted and taken seriously. Thank you to everyone who has continued to follow my journey…it’s still not over. Next stop…kiddos when the time is right! Thank you to all of the doctors and nurses that cared for me while at the hospital during this pandemic. I also owe it all to Dr. Ken Sinervo from the center of endometriosis in Atlanta… will forever love and appreciate you! #Godisgood #endowarriors

She just went through third surgery

Savannah just went through a third surgery in August. Following the surgery she wrote, “Had a huge cyst they had to remove. Found endo in/on my uterus, ovaries, bladder, and surrounding areas. So Dr. Sinervo removed that along with a good bit of scar tissue. He also cut some nerves to help with pain. I stayed in the hospital overnight and then was able to go back to my hotel and now I’m heading home today! Can’t tell you guys how many times I’ve cried…”

In her newest video, she detailed how she initially learned of the diagnosis. She said, “For me, there’s been a lot of times throughout this journey that I’ve felt alone and hopeless. I think the point of me doing this and telling you about my journey is so you don’t feel alone. We’re in this together. I’m going through it with you and we’re gonna get to the bottom of it.”

When the doctor discovered the tissue and told her it could affect her having babies she lost it. Savannah said she has always wanted kids so that truth was hard to hear. Now, she is staying positive and also bringing more awareness to the condition that has caused her so much pain, physically and emotionally.