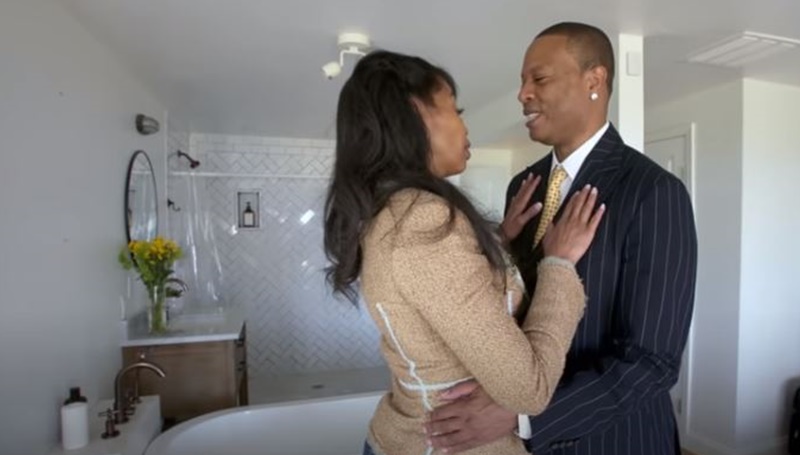 Marrying Millions fans speculated since the first episode that Rodney might prefer other men. In fact, many fans think the Lifetime star should just come out of the closet. Now, anonymous sources reportedly told a media outlet that he’s a complete fake. In fact, they also allege he’s not wealthy.

We reported that Rodney owns Edelhiess Wines. The company produces premium 100% Organic wine from the Rheinhessen region Zellertal, Germany. Apparently, it made him wealthy. And fans know he talks about a net worth of around $5 million. All About The Tea reported that their source claimed, “Rodney is being portrayed as a rich guy, who made his entire fortune in the wine industry – that’s a fairy tale.”

Well, it’s not clear how that adds up as 100 percent correct. In 2015, Black Enterprise wrote about how “Rodney enjoys a love of fashion, travel, and the luxurious lifestyle.” So clearly, back then, his bank account held enough money to enjoy his luxury lifestyle. And, they talked about his wine company as well.

Then, in 2018, years before he went on Marrying Millions, the website, networthpost.org website talked about Rodney’s wealth. Back then, they estimated him as worth nearly one million dollars. So, it seems it’s not totally a “fairy tale.”

Meanwhile, the same source claims the house that people see on the show belongs to a friend. No doubt, property registers reveal the truth of that to anyone who enjoys being a sleuth. However, more allegations came out.

Desiry an actress, according to a source

The outlet also talked about a friend of Rodney saying that Desiry’s apparently an actress. They wrote, “Desiry is a hired actress playing a role on TV…she and Rodney are not in a real relationship.” Well, Desiry works for the non-profit charity called 2 Help The Vets. She mentions it on her Instagram as well as in her show bio. But, she openly acknowledges that she also acts. Her profile reads, “Actor, Host, Writer, Model, Entrepreneur, Producer www.thebaddestbitchinthegame.tv.”

So, yes, she acts. And, of course, we can’t rule out the possibility she got hired for a role in Marrying Millions. Then, the source mentioned that Rodney’s gay. In fact, he “lived as an openly gay man for years.”

Well, it looks like in summary, fans could maybe take the lack of wealth claim with a pinch of salt. And Desiry never hid her acting background. But, whether she got hired to act as Rodney’s partner can’t be proven yet. And on Rodney being gay? Most fans already suspect that anyway.

What do you think about these allegations that Rodney Foster and Desiry are completely fake? Sound off your thoughts in the comments below.

‘Love After Lockup’: Scott Not Oblivious To Lindsey’s Schemes
’90 Day: The Single Life:’ Big Ed Tries New Hairstyle For His Date – No Mayo?
Will There Be A Season 2 Of Netflix’s ‘Ginny & Georgia’?
What Kind Of Plastic Surgery Is ’90 Day Fiance’ Alum Brittany Having?
‘Days of Our Lives’ Week Of March 1 Spoilers: Sami Is Arrested – Gwen Confesses?