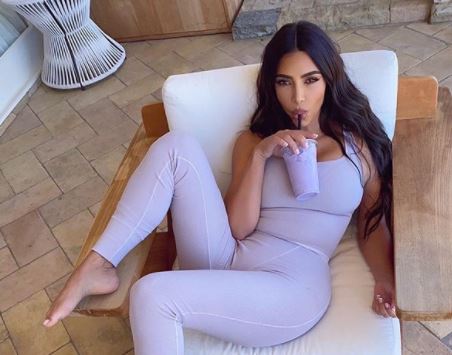 Kim Kardashian and Kanye West have been having some rough patches in their relationship lately. However, it seems like they are trying to work through things now. The Keeping up with the Kardashians star posted a photo on social media and it looks like the couple went on a date night together.

Kim Kardashian and Kanye West go on a date

Kim and Kanye have been having some ups and downs after Kanye decided that he wanted to run for president. Kanye even ended up living in Wyoming. This is instead of in LA with his wife and four children, North, Saint, Psalm, and Chicago.

Kim took to Instagram to show her followers that she and Kanye are making ammends Entertainment Tonight  says. Apparently, they went to a friend’s wedding and that’s what they called their date night.

Their Instagram story photos included both of their shoes and of course some delicious looking cocktails.

The pair didn’t say who the bride and groom of the wedding are. However, knowing Kim and Kanye, it’s sure to be someone cool.

Aside from just dealing with Kanye West, Kim has been doing a lot with her shapewear line, SKIMS. First, she started a maternity line. Apparently, she wanted to create a line that would support pregnant women, not shape them. However, not everyone got that.

“You don’t need an even more awkward obstacle between you and a p*ss. You just need to try and ride with this miracle and do your best to be as happy/comfortable as is possible within your circumstances. Pregnancy is hard enough, with enough worries already,” Good Place Star, Jameela Jamil says.

Kim later cleared things up on Twitter. After all, Kim has been pregnant a couple of times before. It’s a well-known fact that she really struggled with both of her pregnancies and that’s why she switched to not having the babies herself.

“To anyone who has an issue with maternity solution wear, and if you haven’t been pregnant before you may not know the struggle of what it’s like carrying all of this weight the way I did along with millions of strong women, @skims maternity line is not to slim but to support,” Kim reveals.

Not only did she start a maternity line, but she also started a line for brides. Apparently, this is there to help brides prepare and feel their best on their special day.

Do you want Kim Kardashian and Kanye West to stay together? Or, do you think they are bad for each other? Let us know what you think in the comments. Come back to TV Shows Ace for more news on your favorite Kardashian family members.