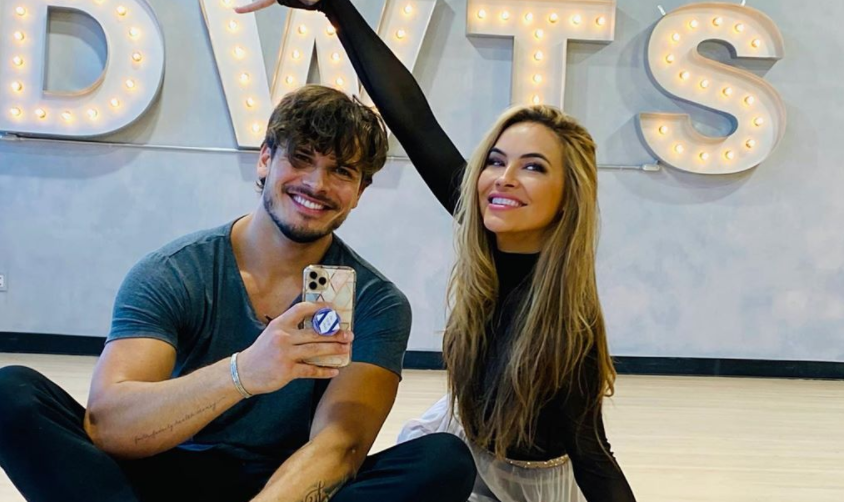 After splitting with ex-husband Justin Hartley last fall, fans wondered when Chrishell Stause would start dating again. A source said the DWTS star held out hope Justin would come to his senses and come back. It seems now he is moving on with Sofia Pernas, his co-star on the Young and The Restless.

The two split suddenly for Chrishell, who revealed Hartley had ended it through a text message. Now Chrishell is working on getting her confidence back and getting back into the dating scene. Some of her fans on Instagram think she should give it a shot with another contestant, Jesse Metcalfe. Others ship her and her dancing partner, Gleb Savchenko.

Chrishell Stause Likes That Men Are Sliding Into Her DMs

According to Ok Magazine, a source said Chrishell Stause is, “looking for someone kind and generous. Self-centered actors need not apply!” She recently said in an interview she was very single due to COVID but taking small steps to get back to dating.

When asked if some men had been sneaking messages into her DMs she admitted they were. She said, “I have to say, I have had a few, yes. That has been a nice surprise. There’s a few people you might know, but I’m not going to tell you who.” She added she responded politely, but hadn’t taken the next step.

She talked a bit about why she said yes to DWTS. Stause said, “I have dealt with personal stuff with my family, but even that … It just feels like it’s just an important time to say yes to things. You don’t know how long you’re going to be here. You’re not promised anything, so if this year has taught me anything, it’s just — even if it scares you, just say yes, dress up, show up, get out there.”

Disney Night Is Coming Up Soon!

Chrishell Stause has a sense of humor about her role on the show. She’s taking it seriously while still having a great time. Chrishell posted a picture of herself on Instagram. It said, “The moment you trip going up the stairs and realize you’ll be waltzing live in front of millions tomorrow.”

Today had been looming over me ever since I lost my mom in July because it’s her 1st birthday without her. I knew my mom would have been the 1st person to urge me to do Dancing With The Stars -she would have told me I would be the best one even though that is far from true. She has sent me so many signs letting me know she is still with me and I feel like knowing how much I was dreading today, it seems to have her touch on it that I am paired with @glebsavchenkoofficial who’s birthday is also today. It gave me a reason to celebrate them both and laugh and it’s all she would have wanted. Sorry to be overly sentimental today, but I believe in signs and wanted to share. Happiest birthday to two of the best! 💞 #DWTS #TeamSellingIt 💕

Chrishell has been sharing her journey on Instagram showing her feet were so sore she wore flip flops before practice. Fans commented she has a lot of chemistry with her dance partner Gleb.

For Disney Night, she is going to become Cinderella. She said, “This is such a full circle moment for me!! I am SO excited I get to be Cinderella for a night! Is this real life-don’t wake me up if not.” She finished the post saying vote so she can go home in a carriage and not a pumpkin. Dancing with the Stars airs Mondays on ABC.