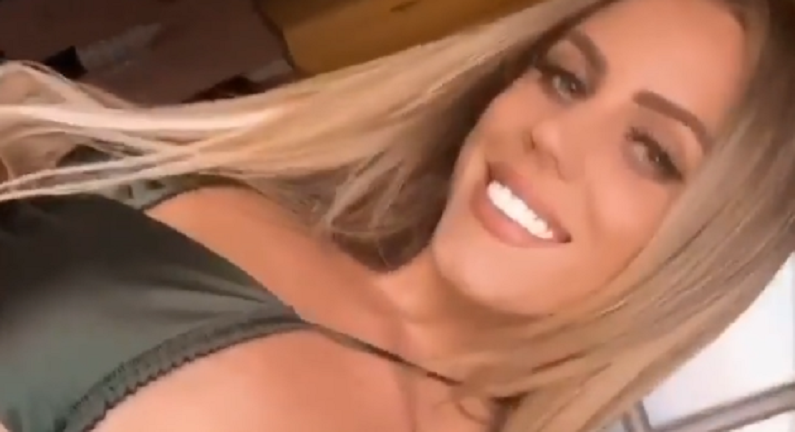 Danica Dow is sharing her thoughts on her co-stars’ feud. As TV Shows Ace previously reported, Scheana Shay and Lala Kent are at odds. It all started when Scheana didn’t attend Lala and Randall’s gender reveal party. She revealed she wasn’t invited and that Lala was a bad friend during her miscarriage.

However, Lala claims there are two sides to every story. Over the weekend, she took to her Instagram Stories to slam Scheana’s personality and relationships. Lala claims that Scheana has high expectations for her friends and boyfriends.

Now, Danica is the latest Pump Rules co-star to sound off on the feud.

The @_surrules fan account shared a screenshot of Danica Dow’s response to Lala Kent’s Instagram Stories. She simply responded with the crying and laughing emoji. It appears that Danica is having a good laugh at the expense of Lala and Scheana.

But Vanderpump Rules fans were confused and wanted to know what was so funny. Others didn’t find the humor in Danica’s comment.

It’s unclear which side Danica Dow is on. She was one of the newbies during Season 8 of Vanderpump Rules. She even became close to Scheana, who flawlessly integrated herself with the new cast members. Unlike the other OG Pump Rules co-stars, she was warm and welcoming to them.

Scheana even got herself in the middle of Dayna Kathan’s drama with Max Boyens and Brett Caprioni. Bravo fired the men in June for their past racist comments and remarks. However, Scheana found herself at odds with Danica during the Season 8 season finale. Danica invited Scheana’s Vegas doppelganger to an event at SUR and all hell broke loose.

But Danica has only shared photos of herself with Scheana on Instagram. So, it’s unclear if she’s good friends with Lala. But some VPR fans think she’s siding with Lala in this feud. Or, maybe she’s #TeamNoOne and just enjoys seeing them fight.

Danica Dow isn’t the only one giving her input. Many Vanderpump Rules fans took to the post to share their thoughts on the feud. And most of them were clearly on Scheana’s side. They slammed Lala for being rude.

However, there are some fans who think Scheana’s in the wrong. They claim she’s a drama queen who makes everything about her. Keep in mind that Scheana went through a devastating miscarriage. She felt alone during a time when she needed her friends the most.

But there are some fans who are sick of the drama. They wish the Pump Rules co-stars would grow up and move on. One fan added, “Um, is anybody gonna act like an adult? Ever?” Another responded: “Just babies havin’ a bunch of babies now.”

What are your thoughts on Danica’s reaction? Which team are you on? Sound off below in the comments section.