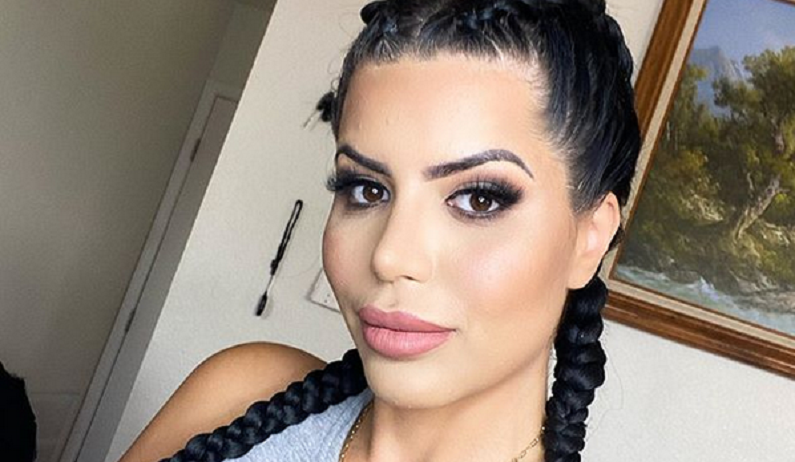 Part 1 of the three-part 90 Day Fiance: Happily Ever After Season 5 Tell-All kicked off on Sunday night. Andrei Castravet and Elizabeth Potthast were ready to attack. They didn’t hide their feelings on Larissa Lima Dos Santos. Andrei has been accused of his misogynistic behavior in the past.

Fans previously slammed him for his traditional viewpoints. They also don’t like the way he treats Elizabeth. But that hasn’t stopped Andrei from making misogynistic remarks this season. During the Tell-All, he body-shamed Larissa. Andrei made several cracks about her plastic surgery procedures during the episode.

Also, Elizabeth joined in and even shamed Larissa’s profession.

During the 90 Day Fiance Tell-All, Andrei joked about Larissa’s dramatic appearance. He accused Colt Johnson of making his ex-girlfriends go under the knife.

“Colt, why are you playing with women so much, and breaking their hearts so much, that they’re changing their f***ing faces already?” Andrei said with a laugh.

His remark came after host Shaun Johnson addressed Larissa’s plastic surgery procedures. She revealed that she wants to get more work done.

Was anyone redeemed last night on the tell-all? #90DayFiance

Andrei claimed his criticism was more about Larissa’s parenting rather than her looks. He wanted to know how her plastic surgery help supports her three kids, who remain in Brazil. Larissa told Andrei that the topic of her kids is off-limits, as it hits below the belt.

Elizabeth’s husband changed the topic back to her looks.

“That’s not gonna last forever, you know?” Andrei said with a smirk on his face. “You’ll have to change that every couple of years.”

Later in the episode, Shaun discusses Angela and Michael’s relationship. After several 90 Day Fiance spinoffs and seasons, the couple finally got hitched. However, the two are still awaiting their spousal visa approval, which could take longer with the coronavirus pandemic. Shaun asked Michael why he took Angela to a strip club for their joint bachelor and bachelorette party.

Michael claimed that his friends chose the place and he was unaware that it would have strippers. Then Shaun asked Larissa if she would be okay if her boyfriend Erik took her to a strip club. Larissa claimed that strippers are more interested in money than men. Then, Elizabeth joined in on the conversation and said she would know since she’s a “f***ing stripper.”

Elizabeth was probably talking about Larissa’s OnlyFans venture. However, it was uncalled for. Everyone in the Zoom chat gasped. Larissa lashed back at Elizabeth. Meanwhile, Andrei laughed. Understandably, fans were fed up with Elizabeth and Andrei shaming Larissa every which way.

Elizabeth received most of the backlash on her latest Instagram post. 90 Day Fiance fans called her out for allowing her husband to insult another woman’s looks.

“You must’ve been embarrassed and I’m honestly really disappointed that you allowed your husband to body shame Larissa and make fun of her on the tell all [sic],” the user wrote. “That’s not okay.”

A post shared by Elizabeth Potthast Castravet (@elizabethpotthast) on Sep 25, 2020 at 11:54am PDT

Other 90 Day Fiance fans suggested that Elizabeth could be jealous of Larissa’s looks.

“You can tell in Elizabeth’s face she was happy he did that,” another fan wrote. “Looked A LOT like insecurities to me. Seeing your man tear down another woman for her looks should be a huge red flag.”

Elizabeth hasn’t responded to the criticism. But it’s clear their remarks didn’t sit well with 90 Day Fiance fans. What did you think of Elizabeth and Andrei’s comments about Larissa? Sound off below in the comments section.

Part 2 of the three-part 90 Day Fiance: Happily Ever After Tell-All airs Sunday, October 4 at 8 p.m. ET on TLC.