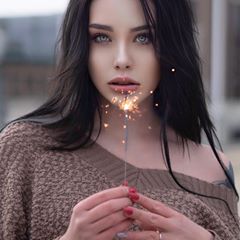 Deaven Clegg reality star from 90 Day Fiance: The Other Way went back on her promise to appear on the Tell All episode.

Whats really went on behind the scene? The two 90 Day Fiance stars couldn’t give any details.  Deavan Clegg and Jihoon told fans to watch the Tell-All for answers. It looks like that has now changed! Deaven has recently confirmed that she will not be appearing on  90 Day Fiance: The Other Way Tell-All episode, despite previously stating that she will tell everything about her spicy relationship with her husband, Jihoon. The TLC couple has not yet confirmed or denied a breakup, but fans who have followed the pair know that Deavan Clegg returned to the states after a quick move to South Korea to make a life with Jihoon.

Deavan Clegg met Jihoon, on an international dating app. The Korean man and Deavan, from Utah, fell in love despite the language and obvious cultural barriers. Jihoon flew to Utah to her home to meet her. A surprise baby and a wedding later, Deavan, moved to South Korea with her kids Taeyang and Drascilla. In Korea, Drascilla Deavan’s daughter, running away while in Jihoon’s care on one of the 90 Day Fiancé episodes created an uproar from fans. It wasn’t long before rumors of separation started to spread!

According to All About the Tea, Deavan Clegg is now dating model, Topher Park, after accusing Jihoon and his parents of doing “vile things,” alluded to on social media that her young daughter from a previous relationship was mistreated, during their time in South Korea.

Deavan shares a toddler son, Taeyang, with her now estranged husband. 90 Day Fiance blogger, John Yates, told All About The Tea that Deavan Clegg is keeping quiet about the drama due to the child abuse allegations that caused her to leave South Korea with her children. They continued by saying “TLC helped Deavan return to Utah after she accused Jihoon of abusing Drascilla. Deavan Clegg was more than happy to move on with a man who treated her better,” John Yates, tells AllAboutTheTea. “TLC doesn’t want Deavan anywhere near Jihoon due to the abuse allegations. They asked them not to appear on the Tell All,” the source added.

During earlier episodes on 90 Day Fiance, Jihoon’s irresponsible behavior and bad financial decisions had fans calling him out on social media. He was chided for being unemployed. Deavan’s serious allegations may change the way 90 Day Fiance fans think of Jihoon. However, it’s also a possibility that they will somehow blame Deavan for her supposedly poor parenting skills, time will tell.

How Tori & Zach Feel About Roloff Farms As Amy’s Wedding Venue
Fans SLAM Katie Thurston For ‘Disrespecting’ LGBTQ+ Community
‘When Calls The Heart’ Season 8 Final Episode Longer Than Usual- Why?
Chase Chrisley Says Thanks For Putting Up With All Our Sh*t
Gwendlyn Brown Puts ‘The Girls’ On Display, Fans Feud Over Her Bust