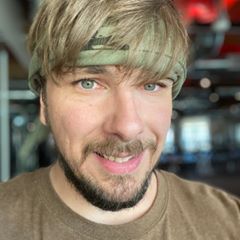 A lot to say from Colt Johnson

Colt went head to head with his two beautiful Brazillian exes, Larissa Limo and Jess Caroline! They all had a lot to say but viewers watched with amazement as Colt revealed that he had a sexual relationship with Vanessa Guerra after his break up with Jess.

The virtual tell-all started shaky from the beginning of the show when Colt attempted to say hi to Jess, and she told him to “shut up.” Jess went on and said and that she only wanted to talk to Colt’s mother, Debbie. Debbie didn’t have anything to say to Jess and snubbed her quickly while looking away from the camera. Jess then insulted Debbie, who was wearing red, stating that the devil wears red.

Larissa who was with her new boyfriend Eric Nichols laughed as Colt Johnson and Jess took stabs at each other. That’s is until her ex-husband made a sly comment about Larissa plastic surgery, saying that he didn’t even recognize her, while she shot back that she recognized him because he looked “fatter than ever.”

After all the insults, Colt started discussed the moments of his and Jess’s rocky relationship this season. Jess broke up with Colt after she caught him sending graphic photos to many women online. He sealed the break up after he then told her he was living with his friend, Vanessa.  Jess had accused him of having an inappropriate relationship with Vanessa since they first started dating. Colt and Jess shared that they haven’t talked since their split, and the topic of Vanessa once again came up. He admitted that after he and Jess split, he began sleeping with Vanessa multiple times.

What exactly did Colt Johnson say? According to ET Colt states  “I sent pictures of my di** out to women because that’s what I do for affection,” he said. “When I think my girlfriend is broken up with me, doesn’t give me affection, says she’s gonna go bang her ex, bang her friend, bang some guy in Chicago, bang some guy in Washington, D.C., bang some guy over there. Whatever, dude.”

He also explained how the explicit exchanges usually occur.”Oh, usually they — so we reach out, they usually reach out to me,” he shared. “And then they — suddenly, I receive pictures of them. So, I only think it’s polite to return the favor.”At this point, Larissa jumped in and claimed that Colt was also sending explicit pictures to other women while they were still married. “He has dirty secrets, girl,” she said.

Is anyone shocked by this? Colt Johnson has jumped from one woman to the next since his first premium on 90 Day fiance.

Hallmark First LGBTQ Christmas Movie Called Out For Not Being Lead Story
‘Saved by the Bell ‘ Watch Spicy Revival In First Full-Length Trailer
Did Mykelti Brown & Tony Padron Both Want a Daughter?
Chris Harrison On If Clare Crawley Was Forced Out Of ‘The Bachelorette’
Tyler Cameron Poses Nude On Instagram