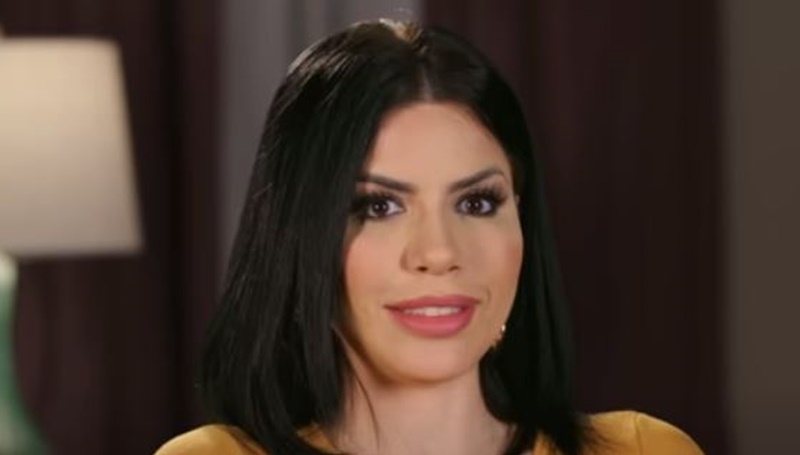 90 Day Fiance fans know that Larissa got a lot of surgery done to improve her looks. She claimed that her better-looking body might help her fund her kids in Brazil. And, she might do that yet, despite being fired by TLC. She raised over $100k for the CamSoda site after just one episode. But now, fans saw that Colt and Debbie reacted to her new boobs. And, Debbie mocked her for it.

When it comes to the good-looks department, fans agree that Colt and Debbie could use some improvement. Nevertheless, that doesn’t stop them from talking about Larissa. Of course, fans know that Colt and Larissa married and then divorced. And, the whole way through, Debbie let the world know she couldn’t stand Larissa. Now, long after she moved on, Debbie always looks for a chance to diss on her ex-daughter-in-law.

InTouch Weekly reported that Colt Johnson and mom Debbie “were taken aback when they saw his ex-wife Larissa Dos Santos Lima’s new look.” It came during the 90 Day Fiance: Happily Ever After? couples’ tell-all on Sunday, September 27. Both of them seemed rather sarcastic about Larissa’s body, which many fans admire. Debbie said, “D*mn girl.” And, she laughed about it.

Meanwhile, Colt snarked, “That’s the American dream is to be Dolly Parton, I guess.” Actually, Colt could take note of Stastica.com. They reported that “In 2018, the most popular plastic surgery procedure performed in Brazil was breast augmentation, with more than 275.28 thousand interventions.” So, it looks like Brazil’s very much the place where the surgery’s desirable. And, why not follow the dream that so many other Americans obviously aspire to?

And, not a lot of fans enjoyed the fact that Debbie appeared in the 90 Day Fiance tell-all. One critic on Twitter wrote, “Why did Debbie sit in w/Colt for the Couples Tell All?! It’s for the COUPLES! If she’s on the show because they live together ok but to be on w/the other couples is just weird. She should be brought in like the other family members for a quick input.”

And, another fan slammed Colt. They commented, “COLT you are a frigging J-RK SWEETHEART you are disgusting. Go away, you and your mom are weird AF! Grow the f–k up. you are a narcissist SWEETHEART with a eenie weine.”

Larissa out of TLC, no more Debbie for her

We reported that Larissa might be better off now she got fired by TLC. It looks like her gig on CamSoda might give her a lucrative new career path. And, no doubt, she won’t weep in her cups that she no longer has to appear on 90 Day Fiance alongside Colt and Debbie.