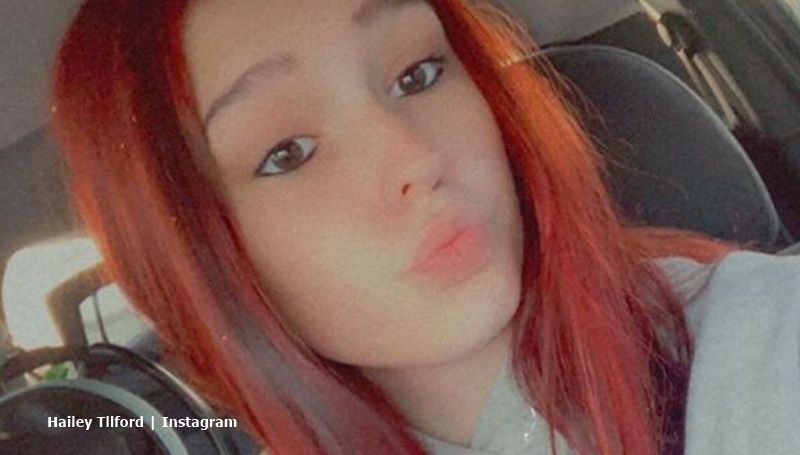 Unexpected alum, Hailey Tilford took to Instagram this weekend and did a new Q&A. While she mentioned a lot of things, a couple of items stood out. For a start, she gave some advice to expectant fans. And, the TLC star talked about her next baby.

Unexpected – Hailey talks about her next baby in Q&A

Some TLC fans asked Hailey about her boyfriend Cole. Actually, she no longer speaks to the father of her son Levi. But Cole took on the role of daddy after Matthew Blevins denied maternity of her son. Clearly, Cole, Hailey, and Levi live a close family life of three. In fact, we reported that Cole and Hailey talk about getting married one day. Now, he plans on buying her a ring.

A fan asked the Unexpected alum if she hopes for another baby, and what gender she prefers. Well, Hailey said that she really hopes for a “baby girl” this time. But, another fan asked if she felt okay with a boy. So, yes, if a boy comes along, then Hailey and Cole welcome that baby as well. In fact, Hailey changed a lot since fans saw her on the show. She matured into a nice young mother and many fans admire her for that.

During her Q&A, one fan asked what Hailey feels every woman needs inside their hospital bag for giving birth. She gave some useful pointers. And these include: “good shampoo and conditioner.” Plus, Hailey mentioned, “hair ties, facewash and a chapstick.” Finally, she mentioned a “phone charger” and a “toothbrush.” Naturally, if you never gave birth before, you might not know just how good clean hair and smooth lips feel after the ordeal.

The Unexpected alum could have also mentioned adult diapers. In fact, Mamamia.au recommends them. They cited Monique Bowley, a co-host of their podcast as saying, “If you think a pad chucked in your undies will do the trick you are very, very much mistaken.” So, possibly think about getting some Depends. The same site also suggests you take along you own “big mug” as hospital cups seem rather small.

Other news from Hailey

On her main Instagram page, Hailey updates her fans often. Last week, she shared a photo of herself with red hair. She dyed it just for fun, and fans really like it a lot. The Unexpected star also shares a lot of photos of Levi who grows at an astonishing pace. And of course, she shares photos of her special love, Cole. One lovely caption that she wrote for Cole said, “You literally light up my world Cole Grayson 🌎 I’m so glad I never have to go another day without you because without you I’m not ME. I will never let go.. 🔒.”

Is The ’90 Day Fiance’ Universe Missing From Discovery+?
‘Sister Wives’ Fans Urge Christine Brown To ‘Tone Down’ Her Eyebrows
Lauren Burnham of ‘The Bachelor’ Responds to Split Rumors
‘Conspiracies Decoded’ Exclusive: Is Yellowstone Primed To Erupt Or Is It A Hoax?
90 Day Larissa Lima Gets More Plastic Surgery Done