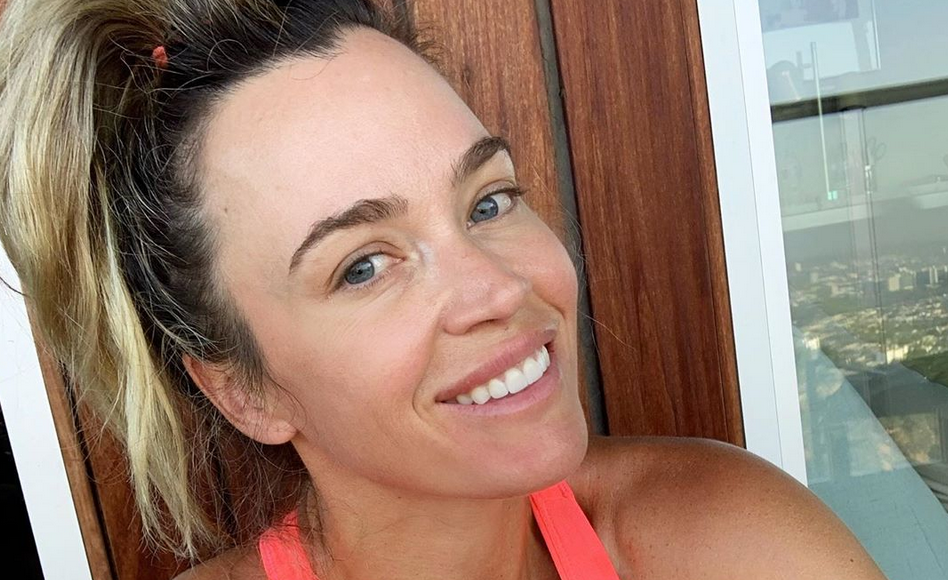 Teddi Mellencamp just wanted to go on a nice run. Then the anti-maskers entered the picture.

The former Real Housewives of Beverly Hills star took to Instagram to share her thoughts on her workout. Mellencamp talked about the state of mind she gets in when she runs with the caption. She was also looking for a little follower interaction, but likely got more than she asked for in the post.

“Somedays I’m a Jessica. Others a Britney. Whether you wake up feeling like a Beyonce or an Xtina the goal remains the same— to have a kickass weekend. So adjust your crown and let me know which “diva” will lead your playlist today? Let’s do this.”

Some fans offered words of support. One even said she was a firefighter who drew inspiration from Mellencamp. However, eventually, some naysayers showed up.

“You have to have a mask when running…geez!! Not for me,” one follower posted.

The reality television star responded wearing a mask, even outside, was required in Los Angeles. While some might have let it go at that, some posters pushed the issue.

“I think it’s just required outside if you are around other people. I would say running at that speed shouldn’t count,” one responded.

Whether or not the reality TV star should be wearing a mask was only one of the problems some of her followers decided to bicker about. Others were annoyed she chose to run in the city.

One follower pointed out Mellencamp lived out in the country. They didn’t understand why her running route took her by shops and storefronts.

Another poster pointed out maybe Teddi just wanted some new scenery on her run. Another asked the poster why in the world they cared so much about how or where she ran.

Finally, some of her fans made it clear there was nothing wrong with wearing a mask. Some pointed out she was doing her civic duty. Others said it wasn’t nearly as hard to go all day with a mask on than some claimed.

“I work all day in a warehouse with a mask. Piece of cake,” one commented.

Somedays I’m a Jessica. Others a Britney. Whether you wake up feeling like a Beyonce or an Xtina the goal remains the same— to have a kickass weekend. So adjust your crown and let me know which “diva” will lead your playlist today? Let’s do this 🙌🏻

Mellencamp at the center of controversy wherever she goes

Poster complaining about the reality star’s choice in taking a morning job underlines what has been her reality for a while now. Teddi Mellencamp has controversy follow her when television cameras are focused on her or not.

Some of that comes from the amount of mystery surrounding just why she was let go from The Real Housewives of Beverly Hills. For now, it’s a question unanswered. Whether or not a real answer ever comes is entirely up in the air.