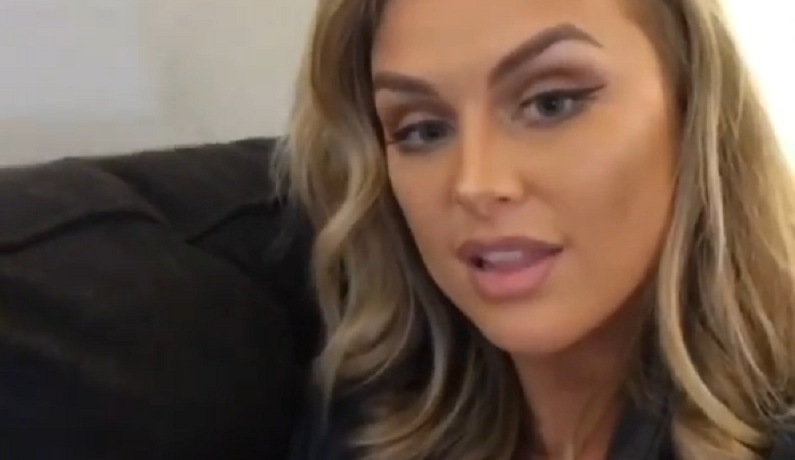 There’s a Vanderpump Rules baby boom. Clearly something is in the water. Lala Kent is one of the three mommies on board. She joined Stassi Schroeder and Brittany Cartwright.

The sudden baby news made fans think the Pump Rules co-stars have some sort of pregnancy pact. Most of them took to social media to speculate over it. They wanted to know if the women planned to get pregnant at the same time. Now, Bravo has a new storyline to work with.

However, Bravo fired Stassi from the show. So, that leaves Lala and Brittany to share their pregnancy journey. Speaking of Lala, she may have confirmed the pregnancy pact rumors.

Lala Kent sat down for an exclusive interview with Us Weekly on Tuesday, September 22. However, the interview wasn’t published until Sunday. The outlet was also the first to report in June that Stassi Schroeder and her fiance, Beau Clark, were having their first child.

Lala Kent told Us Weekly that everything went according to plan. Stassi convinced her to get pregnant. According to Lala, they joked years ago that they should all get pregnant around the same time. Little did they know it would end up happening.

25 weeks. Our Clark Passenger is poppin’.

“It sounds so corny, [but] we did [talk about it],” Lala revealed to the outlet. “I’ll never forget going to — we were on the plane going to celebrate Jax and Brittany’s engagement a couple of years ago. And we all said, ‘Oh my gosh, we’re all like in relationships, we should plan to get pregnant together.'”

Lala and Stassi had to postpone their respective wedding plans due to the coronavirus pandemic. But that didn’t change their baby plans. Stassi wanted to stick to their promise, even if it was a joke at the time. Lala revealed that the VPR alum didn’t take much to convince her.

That moment was magical ❤️

“Then Stassi and I didn’t end up getting married,” Lala continued. “And I said to her, ‘What are we doing about having babies?'” And she said, ‘I’m pregnant.'” I was like, ‘What?’ And she goes, ‘You need to take the IUD out today.'”

Lala admits it was “corny” and “cheesy.” She then added that “you also can’t make this stuff up.” Some would say it sounds like something out of a Lifetime movie.

Will Brittany also have a girl?

So far, Lala Kent and Stassi Schroeder are having a girl. Jax was overheard saying at Lala and Randall’s gender reveal party that he thinks they’ll all end up having girls. He doesn’t believe that boys are meant to be in this pregnancy pact.

No matter what, Brittany is over the moon about the news of her baby. Shortly after her pregnancy announcement, she’s been sharing photos of her baby bump. In a previous post, she exclaimed that she’s “so in love already.” Brittany and Jax even displayed the ultrasound shots of their baby on their refrigerator.

What are your thoughts on the Vanderpump Rules baby boom? Sound off below in the comments section.