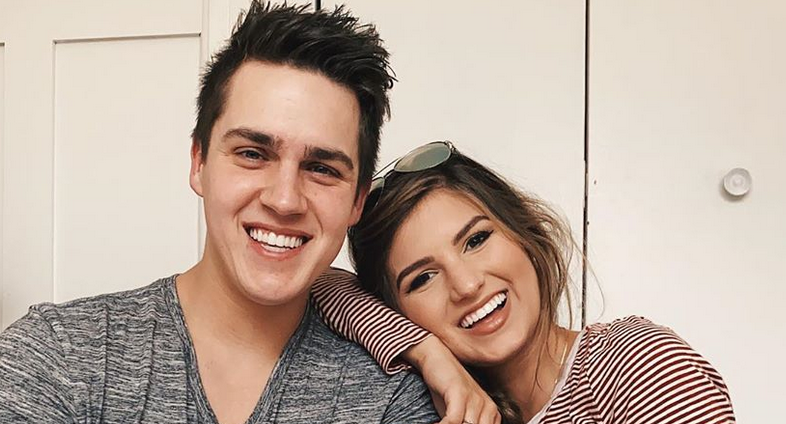 On Saturday, Evan Stewart shared a new family photo. The picture features himself, his wife Carlin Bates, and their daughter Layla. While Bringing Up Bates fans are gushing over the adorable little family, a few started speculating about the couple having another baby.

On his Instagram account, Evan posted a sweet new picture. In his caption, he talks about how he’s matching with his wife and his daughter. He writes, “Carlin with the hoodie, and Layla with the hat… Needless to say I picked out my outfit first. These girls are always copying my style to look fresh! 😂😂😂”

Carlin responded to Evan’s post and said she’s “dead” because of how funny Evan is. Lots of Evan’s followers are talking about how sweet the matching outfits are. They think the family is pretty cute too.

A couple of fans did point out that Layla should be wearing socks, as the weather’s getting cooler. But most of the comments are positive.

A couple of fans started talking about the possibility of Carlin being pregnant. In the photo, she’s wearing a sweatshirt that’s a bit oversized. So, that might be contributing to the speculation. One fan asked if Carlin is expecting. Another fan replied, “my first thought too.”

Carlin with the hoodie, and Layla with the hat… Needless to say I picked out my outfit first. These girls are always copying my style to look fresh! 😂😂😂

Someone else stepped in and called the fans “rude” for questioning whether Carlin is pregnant again. They said that she just gave birth recently and her body is still getting back to normal.

Of course, there’s no way to know whether Carlin is actually pregnant unless the family makes the announcement themselves. But, so far, Carlin and Evan have yet to reply to the curious Bringing Up Bates fans. Plus, it’s not likely that they would make a big announcement like that in response to a comment. They would likely do something bigger, as many expectant parents have chosen to do.

Could Carlin Bates and Evan Stewart have more kids soon?

Carlin’s parents, Gil and Kelly Jo Bates have 19 kids. So, it’s possible that Carlin and Evan will have a large family as well. But, their daughter Layla is only seven months old. They might not be thinking about their future kids yet. They do seem to love parenthood so far, and it wouldn’t be a surprise if they added to their family eventually.

Layla has had several health challenges so far, so they may plan on getting those under control before having more children too.

Only time will tell whether Carlin is expecting. Nobody will know until the Bringing Up Bates family announces it though.

So, what do you think of the new family photo? Share your thoughts below.