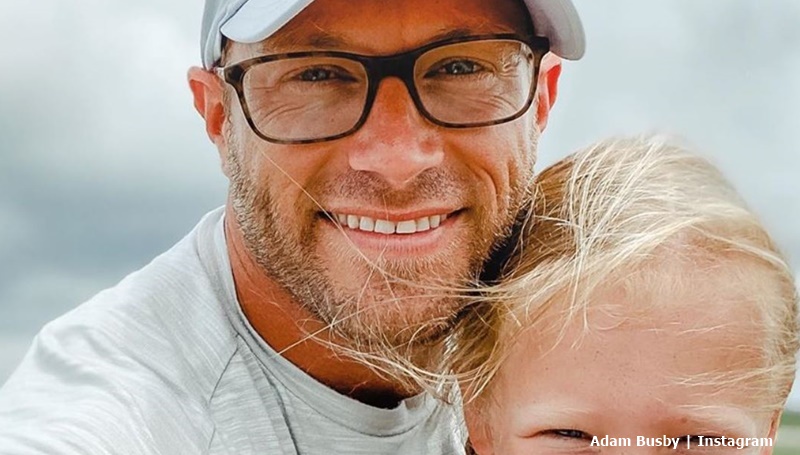 OutDaughtered fans know that Adam Busby takes some really amazing photos. And for him, it’s way more than a hobby. He upgraded his camera and took a stunning shot of Beaux dog. As the owner of a media company and a professional video producer, he needs great equipment. And, fans often ask him for advice.

OutDaughtered – some fans wonder what Adam does for a job

Sometimes, TLC critics who don’t keep up with the Busby family troll on Adam. In fact, recently, one of them rather rudely asked him if he’s even got a job. And he does. He takes photos of their clothing line. Plus, he’s a social influencer with his videos on YouTube. And, he runs his own company called Adam Busby Media. Actually, his profile on Linkedin reveals he started the sole prop media production business some time back.

Well, obviously the OutDaughtered star needs good equipment. And, he recently upgraded and got himself a new camera. He took a photo of their little doggie, Beaux as he tested out some of the new features. The photo that Adam shared on Friday revealed the dog looking as cute as only Frenchies can. Fans loved the photo as the depth of field shows the dog right in crystal clear focus, but the background’s all nice and blurry.

The really nice photo with a new camera

Adam captioned his photo with, “@beauxbuzz helping me test out this animal eye auto focus on my new camera… Nailed it and this @canonusa R5 is fast!’ Fans really liked the photo and one asked, “Love your photography! Do you only use canon or do you like other brands such as Sony or Nikon?” Then another one commented, “Your photography is so very good! And, it’s not the easiest getting great animals pic!” Others agreed he captured the pup perfectly.

One OutDaughtered fan asked Adam what lens he used and he kindly replied. Apparently, he took the shot with the “Canon RF 28-70 f2.” And, he recommends it for sharpness. The canon EOS R5 brings a useful feature for animal photography. The Canon website explains, “Detection of Animals will also be possible for the first time in a Canon camera, effectively tracking the whole body, face, or eye of cats, dogs, or birds for speed and precision.”

@beauxbuzz helping me test out this animal eye auto focus on my new camera… Nailed it and this @canonusa R5 is fast! #beauxbuzz #itsabuzzworld #eosr5 #animaleyeautofocus

What does it cost to by a new Canon EOS R5?

Well, the camera’s not the most expensive on the market. But, it certainly costs more than a few dollars. However, if you’re serious about photography, a new one will set you back in the region of $3,899.00.

What did you think of the photo of Beaux dog that the OutDaughtered dad took? He used the new animal eye autofocus and it looks like he nailed it! Sound off your thoughts about the Canon camera in the comments below.