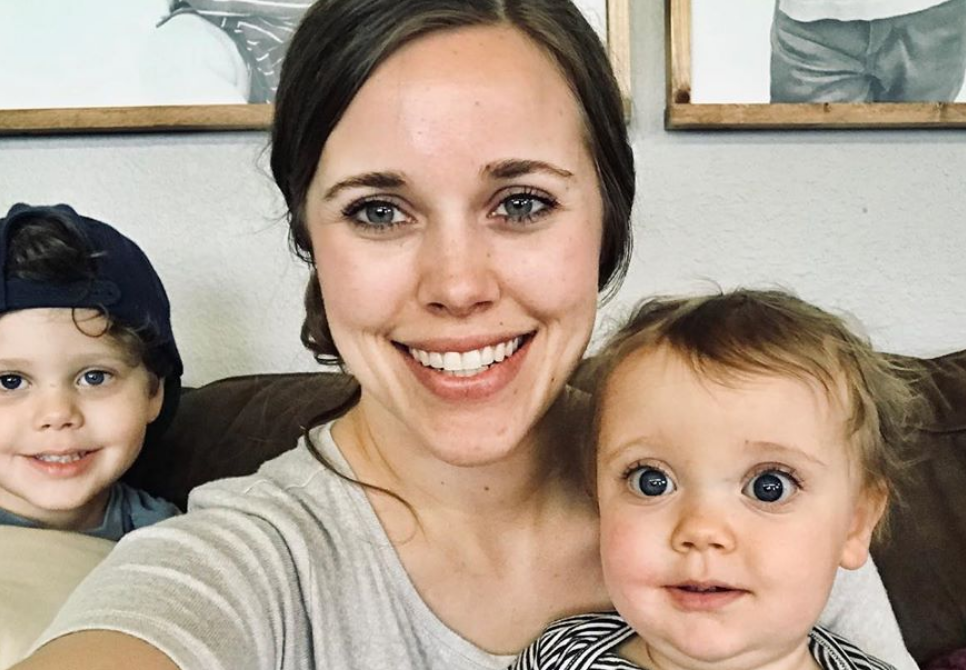 On Saturday, Jessa Seewald took to social media to document one of her daughter’s sweetest moments. The Counting On mom posted a video of her one-year-old daughter learning how to share. Ivy is now 17 months old and is learning new things every day.

In this new video, Ivy takes her brother Spurgeon’s toy drill and hides with it. When Jessa talks to Ivy about returning the drill to her brother, Ivy happily gives it to him, calling him “bubby.”

Jessa offers her daughter a chocolate chip as a reward but adds that she doesn’t typically give rewards for things like this. But, this time around, she couldn’t help but give Ivy a little treat. She also tries to distract Ivy with a baby doll and a doll bottle.

Of course, Ivy gravitates back to Spurgeon with the drill. Jessa shares that their friend sweetly gifted them the new toy tool set. Jessa points out that Ivy takes after her. Fans might recall that Jessa is into do-it-yourself projects.

In Jessa’s post, she talks about how Ivy is developing her language skills. She’s also learning how to share, which Jessa admits is a tricky concept to teach. She says that two year olds often think that they are saying goodbye to their favorite toy forever.

Jessa, who’s the mom of three kids, Spurgeon, 4, Henry, 3, and Ivy, 17 months, sometimes offers parenting advice. In addition to raising her own kids, she’s one of the oldest kids in the Duggar family. So, she has plenty of experience with young kids. Her social media followers always appreciate her perspective. Jessa says, “We set 5-minute timers with popular toys, so everyone gets a turn. For tiny ones, once their turn is up, we often try to use diversion or distraction (i.e. pointing their attention to something else, swapping for another fun toy, etc).”

Then, Jessa adds, “This is something that will benefit them throughout their lives. It’s a beautiful thing when we learn to think of others before ourselves.” She includes a few bible verses about sharing and giving.

Fans are not only impressed with how Ivy responded to having to give the toy back to her brother, but also her speech. At only one year old, she’s doing a great job of communicating, fans think.

So, what do you think of Jessa Seewald’s latest video? Share your thoughts below.

You can watch the whole video here: