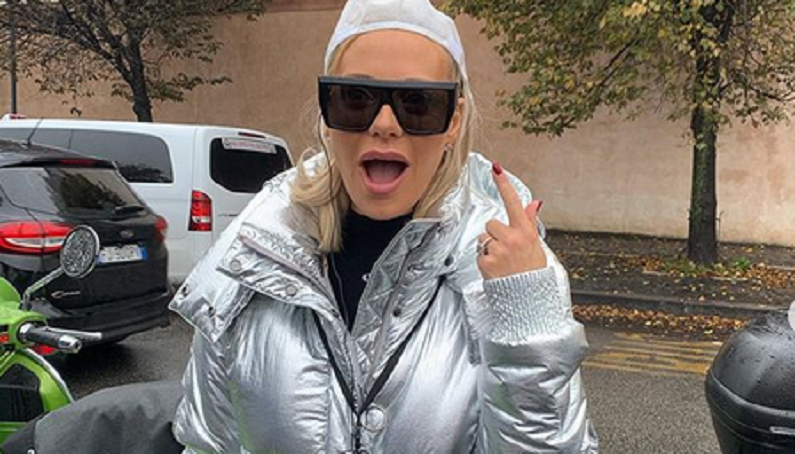 Dorit Kemsley recently hosted a gender reveal party. However, people are fed up with them. Earlier this month, 7,000 acres of land in California went up in flames from an explosive gender reveal celebration. It led to a massive wildfire in San Bernandino County.

Even the woman who’s credited with starting the gender reveal party wants the world to stop. Blogger Jenna Karvunidis recently took to Facebook to slam these over-the-top events. Now, instead of explosions, people are turning to other means.

Lala Kent and Randall Emmett had one at their celebration. Dorit also attended one for her friend, which also featured a helicopter. She didn’t realize that sharing the post would result in troll comments. Gender reveal parties are a touchy subject and for good reason.

It makes sense that the RHOBH star would host a gender reveal party. During Season 10 of The Real Housewives of Beverly Hills, she threw together a lavish baby shower for Teddi Mellencamp. On Friday, September 25, Dorit revealed that she hosted a gender reveal party for her friends Justine Marjan and Yoni Berk. She even shared a clip from the party.

In the background, a helicopter is flying high. The crowd is screaming as they’re excited to learn the baby’s gender. The helicopter flies over their home and emits a puff of blue smoke. Dorit and Justine embrace as they have a good cry.

What a special moment, and a perfect evening. It was such an honor and pleasure for @paul_kemsley_pk and I to host our very first gender reveal party for our dear, dear friends @justinemarjan @yoniberk. 🚁💙 We are so thrilled for this next chapter in your lives and I speak for all of us (PK, Jagger, Phoenix) when I say we cannot wait to welcome baby boy Berk 👶🏼 into this world. We love you both so much. 💙🥳🤗

In the caption, the reality star shared that she and her husband PK had “such an honor and pleasure” to host their “first gender reveal party.” She also said that she’s “so thrilled for the next chapter in your lives and I speak for all of us.” Dorit ended her post by showing her love for the couple.

But not everyone’s not feeling the love. Dorit Kemsley probably had no idea that her gender reveal party would cause such a discourse. Trolls took to the post to share their thoughts on gender reveal parties. Others slammed Dorit for her privilege and tone-deaf post.

Keep in mind there were no explosions at this event. The helicopter only emitted a small amount of colored smoke. It’s similar to what the Vatican does when it announces a new Pope. Understandably, people were concerned when they saw the smoke released into the air.

RHOBH co-star responds to the backlash

Dorit Kemsley assured followers that it was a safe gender reveal party. She agreed with one fan that she’s “over” these parties, “but this one was more fun.” Then she told another fan that “this one was safe.” But then she contradicted herself and explained that they can be a lot of fun.

“Well I think they’re fabulous and they weren’t around when I was pregnant,” Dorit explained before adding, “in times like these… why not celebrate something as beautiful as bringing a baby in this world. It was a magical, perfect evening so let’s just try to appreciate having a really nice reason to celebrate especially with people you care so deeply for.”

Some fans were confused over the color of the smoke. They thought it looked black. They joked that maybe it means the couple is having a goth baby. But Dorit confirmed that the smoke was actually blue.

What are your thoughts on gender reveal parties? Sound off below in the comments section.

‘The Masked Dancer’ May Be Crazier Than ‘The Masked Singer’
‘DWTS’: Nev Schulman Pulls Off The First Perfect Score Of The Season
Confessions Of A ‘Bachelorette’ Virgin: Reacting To Clare Crawley’s Season
‘My 600-lb Life’ Update Where Are Lee And Rena Now?
Larissa Lima Features In ‘Jack Alexander: Magician Exposed!’ Show