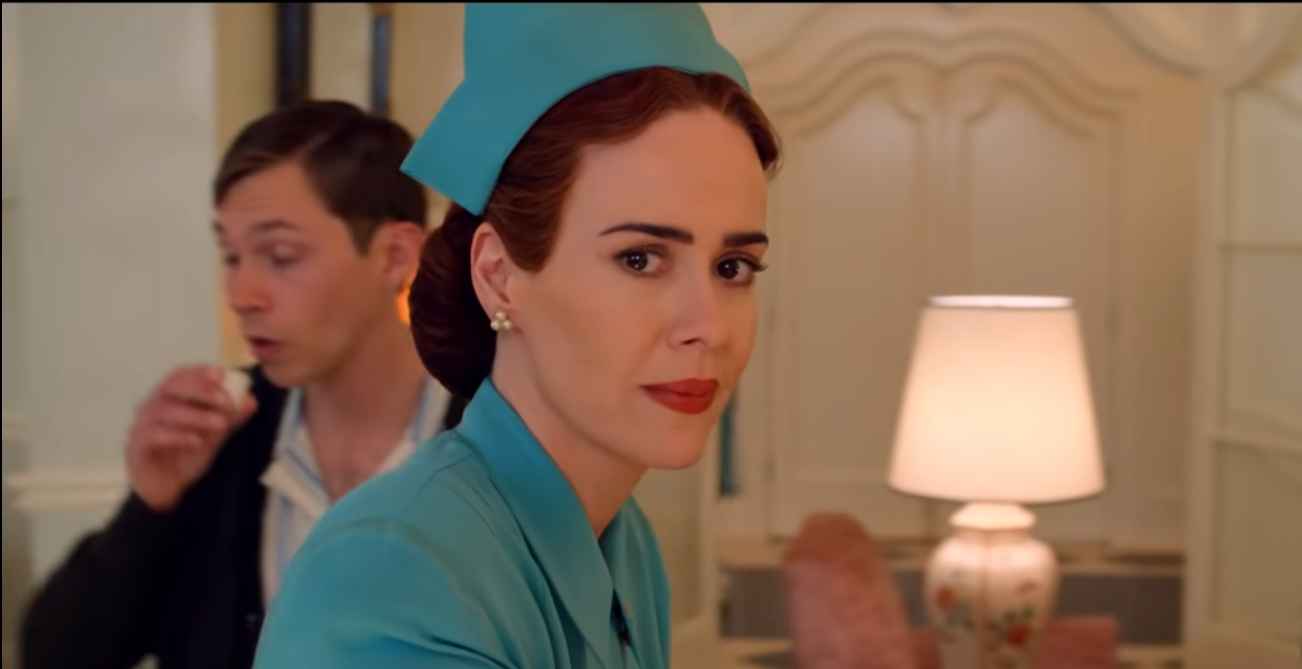 Anyone who has streamed the Netflix Original series Ratched is likely partly thrilled and partly disturbed that it is being renewed. Sarah Paulson in the lead role of Nurse Mildred Ratched shined in the series. Moreover, so did her co-stars Sharon Stone, Cynthia Nixon and Finn Wittrock. Now, as the second season is officially announced, Paulson hints at an incredible future plotline.

Sarah Paulson hints at a possible plotline for Ratched

The new Netflix series Ratched is a prequel to the famous 1965 horror novel and later film, One Flew Over the Cuckoo’s Nest. The terrifying Nurse Mildred Ratched is famed for that story, just as Sarah Paulson is now famed for her portrayal of the character.

Tell me a scenario. For fun.

In an interview with The Wrap, Sarah Paulson opened up a little about future seasons of Ratched.  She hinted that future episodes would likely touch on the story of One Flew Over the Cuckoo’s Nest. However, she did note this is unlikely to happen in Season 2, giving fans hope for a third season.

Sarah wanted to make it clear, however, that this wouldn’t necessarily be what viewers would expect. In fact, she admitted she doesn’t know Ryan Murphy’s plans for future episodes. However, she did say she doesn’t want to see herself “acting opposite a computer-generated Jack Nicholson.” She elaborated on that, saying this doesn’t sound like a good idea to her.

So, it doesn’t look like Jack Nicholson’s character is likely to appear in any way. However, Sarah did explain what she thinks could happen. She said if they end up in that era, it would probably be more about Nurse Ratched’s future life. The life that happened after she “turned the key in her white uniform.” Paulson said it would probably be more about her coming back home after those days in the hospital and all the gruesome events that happened there.

Netflix hasn’t confirmed more than one future season of Ratched. However, back in September 2018, Deadline had reported that the streaming channel had commissioned a total of 18 more episodes. With only eight episodes in the first season, this definitely gives the potential for more than a second season of the Netflix Original show.

Fans will need to be patient, however, as filming of Season 2 has not yet started. This is due to the ongoing coronavirus pandemic and its restrictions on filming.

He wants to be normal.

What about One Flew Over the Cuckoo’s Nest?

As noted by Hello! Magazine, the prequel of the famous horror film stars Sarah Paulson as Nurse Mildred Ratched. Nurse Ratched was a central character in the original 1962 novel by Ken Kesey, One Flew Over the Cuckoo’s Nest. The infamous nurse also featured as a character in the 1972 film of the same name that famously starred Jack Nicholson. Nurse Ratched was played by actress Louise Fletcher, who won the Academy Award for Best Actress that year.

If you haven’t already streamed Ratched, all eight episodes of Season 1 are available for bingeing right now. Learn more about the character of Nurse Ratched in the video below.