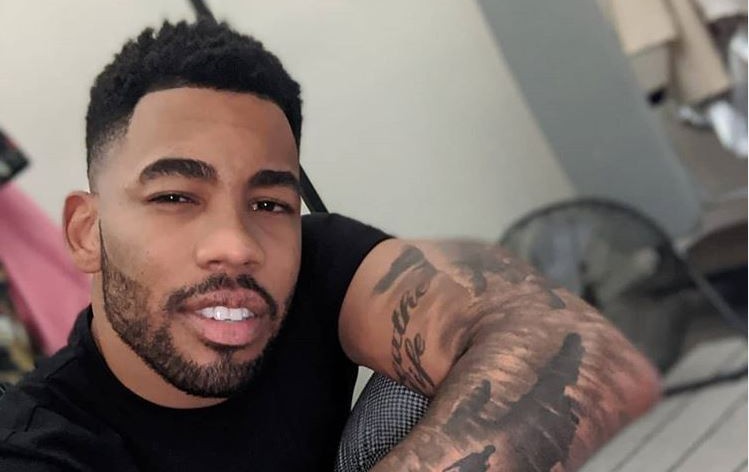 The Bachelorette fan favorite and alum Mike Johnson is speaking out about how the show has affected him. The Air Force Veteran may not have had an incredibly easy time while dating Hannah Brown, but his real struggle came after the show. Mike admits his mental health paid the price. And, he details all about his experience in his new book. The new book, Making the Love You Want, hits shelves October 2.

US Weekly shared all about Mike’s struggles. His struggles didn’t start until after filming wrapped. He felt thrown into the spotlight and it wasn’t always easy to deal with. He let it bother him at first. Remember, Mike was a fan favorite and many fans and Bachelor alums were hoping to see him as the next lead.

Mike said, “Being on the show, I’m around a bunch of alpha dudes. That’s no big deal to me personally.” He continued, “I think being in the air force helped me out a lot and dealing with different personalities … so to me it wasn’t a big deal at all.”

He always says the lack of sleep and busy schedule didn’t really affect him either. However, it was the trolls that hit social media that started to get to him.

Mike said, “After the show, I’m dealing with … certain friends that think they [can] make fun of you and say, ‘Oh, you’re acting brand new now.’ When you’re not, you’re the exact same individual or you know, we all got those trolls that call me the N-word.” He continued, “‘This is why you’re not the Bachelor,’ you know, things of that nature. Honestly, it used to annoy me, but I might as well be putting on my clown makeup if I allow them to deteriorate from my happiness.”

Felt happy, won't delete later! Today is World Suicide Prevention Day (and my Grandma bday!) and just like with my grandma the love is extended to you all! In my book, #mtlyw I speak to suicide and how real this is! Suicide cases have risen 25% in the last 20yrs and is the world's 2nd cause of death. I smile probably too damn much but it's because life is my passion, reach out to @twloha if you've lost yours! …btw it's all good homie, we all go through the peaks! I love you. #WorthLivingFor

He has overcome it

The new book he wrote is not really about finding love with someone else. It is more about him learning to love who he is. The book details Mike’s journey to self love, as well as, giving tips for others to do the same.

His heart was broken on national television and was not given the lead of The Bachelor. However, he has learned to be comfortable in his own skin. Mike said, “I think it’s good that I actually went through it because now I have a different form of experience in dealing with mental health from the public eye aspect, from the military aspect, from growing up.” He continues, “After the show … what helped me the most I would say is all the beautiful people, my extended family that would [believe] in me and tell me their life story and tell me what they’re going through.”

And, Mike doesn’t want fans to feel bad for him. Many became upset Matt James was cast as the lead. He assured them all that he is fine. He said, “Don’t feel bad for me at all. I am just so elated.” He went on to say he has other opportunities popping up. And he went to on to say, “I hope that you enjoy my book. I have so much to talk about in it. And just, quite honestly, be happy, baby. Don’t say nothing bad about my homie. Matt’s gonna do a great job. And just know that they listened to us. We got a black lead, which is an amazing thing.”

He went to Instagram recently to share a little more about his upcoming book and his thoughts about it. Mike said, “I was always told that if you want something in life, go for it. That nobody cares about your dreams until they’re a reality. I’ve been working on this amazing project with some inspiring people. I’m excited to share this story with you about conversations we only have with our closet of friends, the real things that concern us within life.”

What a good sport and positive example for everyone. Are you going to read Mike’s debut book? Stay tuned for more information on Mike and all your favorite Bachelor alums.