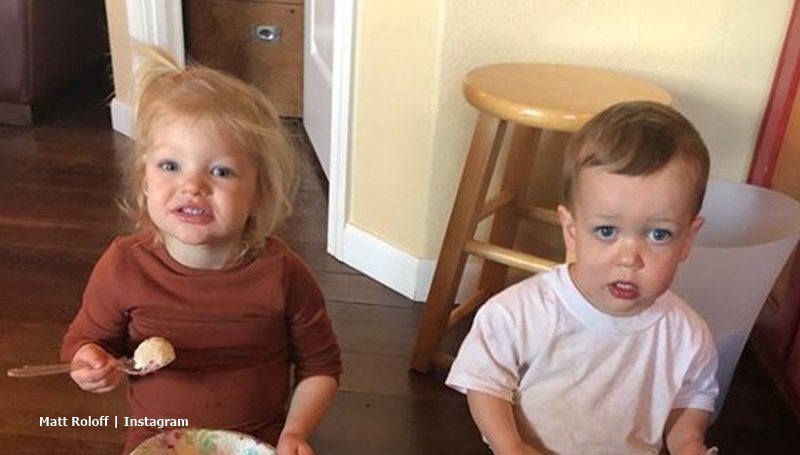 LPBW comes along on TLC after just a  few more sleeps! It premieres on September 29. But in the meantime, Matt and Tori Roloff shared lots of pictures of the grandbabies. Fans absolutely love it when they post about Matt’s grandchildren. In fact, Audrey also often shares photos of her little ones. Now, Matt shared more photos and fans think they’re gorgeous.

Jackson and Ember came before Lilah and Bode. So, similarly aged, Jackson and Ember probably became more like siblings than cousins. Now, each of them enjoys their own little sibling. But for Grandpa Matt, the grandbabies, as he calls them, seem the highlight of his life. So, he shared some more photos recently. On September 13, he shared a photo of himself with Jackson’s little sister Lilah. And, it seems she has his exact same smile!

Matt shared another photo of Jackson, who he now calls a “little farmer.” And, he added one of Ember with her jaunty little pigtails. In Ember’s photo, she stood with Matt and his girlfriend Caryn Chandler. Smiling sweetly, Ember held up a pumpkin sign. Maybe it’s for this year’s Little People, Big World Pumpkin Season event. Then, Matt shared a photo of Jackson wearing his helmet. The young star of LPBW really looks so adorable, fans agree.

Young Jackson started life out as a cute baby, became a sturdy toddler, and now he’s an adorable young boy. In fact, fans agree that he’s simply blessed with good looks. Handsome, his startling blue eyes grip the attention of anyone who looks at him. Many fans commented on the little darling of the Roloff world. One fan noted, “He is gorgeous !! And oh boy, he will be like grandpa for sure !!!❤️❤️”

Another LPBW fan wrote, “He’s so adorable, beautiful eyes!!” Them someone wrote, “He’s absolutely adorable ❤️ Being a grandparent is amazing ♥️.” But, fans don’t overlook his cousin Ember. Many people commented about how sweetly she smiles. A fan wrote, “Ember is so cute! Looks like she’s having a blast.” Other fans talked about the upcoming season of the TLC show.

Oh…. meant for these photos to attach to the my last post.. this grandpa still doesn’t know how to instagram

Jackson and Lilah in the new season

Jackson fans heard that in the upcoming season, they see a lot of Tori and Zach’s kids. Popculture reported that the show looks into their lives as they juggle a second child. In fact, the trailer zoomed in on Jackson blowing bubbles. So, hopefully, fans see way more of Jackson this year as he grows up. Cute, sturdy, stoic, good-looking Jackson stole many hearts on LPBW.

What did you think of the gorgeous photos that Matt Roloff shared showing Ember and Jackson? Can you get over Jackson’s wonderful blue eyes? Sound off in the comments below.