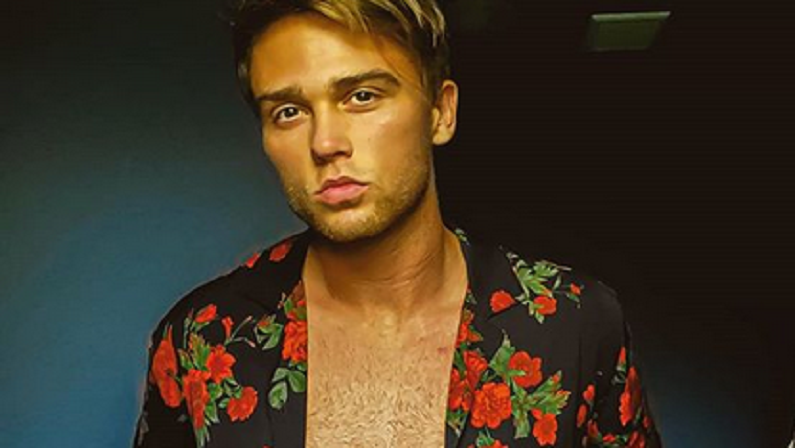 Love Island alum Noah Purvis is moving after being removed from the show. The former reality star posted a photo of himself working out in the gym. Reports claim that CBS removed him from the US version of the dating show because of his career. Noah appeared on the show during the Thursday, September 17th episode.

However, his appearance only lasted for a couple of days. Announcer Matthew Hoffman only said that Noah left during the night. But most fans wanted to know why Noah left the villa. Other fans recognized him from a certain part of the internet and noticed that he starred in adult movies.

Noah Purvis works out at the gym

Love Island alum Noah Purvis broke his silence after the network removed him from the U.S. version of the dating show. CBS didn’t reveal the reason behind his sudden disappearance. However, it may be linked to the speculation that he appeared in gay adult videos, according to Attitude.

CBS and ITV released a statement to Entertainment Tonight simply saying: “It has been brought to our attention that cast member Noah Purvis provided false information on his application to Love Island, which violates his contestant agreement. He has been removed from the show.”

Since the news of his removal, Noah returned to social media. He posted a gym selfie on his Instagram Stories. In the photo, he lifted up his shirt to show off his abs. Noah added: “When they try to tear you down and use… You go harder than ever before because you are!”

Then he added: “No one can determine your future but you!”

In a separate Instagram post, Noah thanked his followers for their support. He referred to them as “family.” The photo shows an illustration of people of color. In the caption, Noah wrote: “OHANA means family… FAMILY means no one gets left behind or forgotten. All of you out here have made me feel this and I can’t express how loved I feel for the first time in my life.”

OHANA means family… FAMILY means no one gets left behind or forgotten. All of you out here have made me feel this and I can't express how loved I feel for the first time in my life. 😢❤🙏 . . . #love #together #family #one #united #sad #sadness #feelings #people #news #cometogether #greatfull #emotion #story #storytime #share #voice #itstime #change #inspiration #motivation #changeiscoming #leader #strong #speakup #voice #corruption #used #forgotten #bullied #equality

The post is probably vague since Noah can’t talk about the show since he’s probably still under contract. However, that didn’t stop him from firing back at the network. In the comments section, Love Island USA fans showed their appreciation. Here are some of the comments:

Strangely enough, Noah tagged Demi Lovato, Dwyane “The Rock” Johnson, Terry Crews, and Tyler Perry in the post. The image that he shared could be related to the Black Lives Matter movement, but he didn’t include the hashtag. The caption proves that he obviously feels left out due to his career choices.

‘OutDaughtered’: How Does Aunt KiKi Feel About The Suggestive Video?
Erika Jayne Claps Back At Fan Who Asks For Credit For Posting Meme
Khloe Kardashian, Tristan Thompson Get Romantic At Kim’s Birthday Party
Audrey Roloff Fans Go Crazy For This Toy She Got Ember
Lisa Rinna Dances Her Way To The Polls