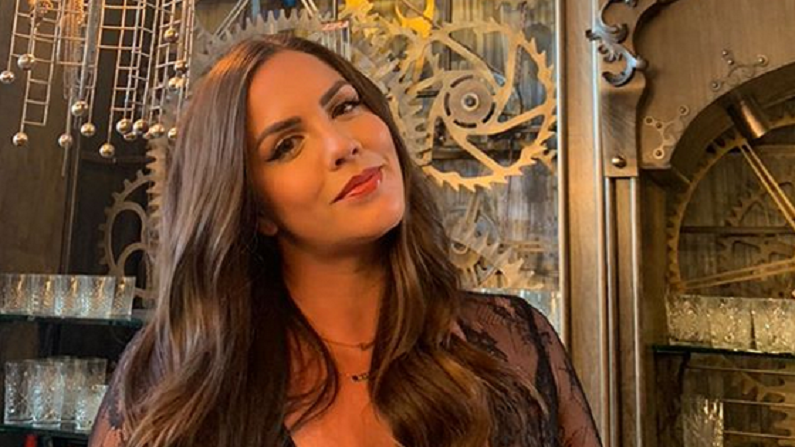 Katie Maloney shared her thoughts on the Vanderpump Rules baby boom. Brittany Cartwright is the latest cast member to announce her pregnancy. She is the latest behind Lala Kent and Stassi Schroeder. All three ladies are gearing to become moms for the first time.

Fans wondered if there was something in the water. They also placed their bets on who is next to become pregnant. Katie Maloney and Tom Schwartz have been married for some time. They had to get remarried in Las Vegas since their first marriage wasn’t legal.

So, is the couple ready to take the next step in their marriage?

The “You’re Gonna Love Me” podcast host made it clear she wants to do things on her own time. She’s not feeling the effects of the VPR baby boom. Earlier this week, the _surrules fan account posted an affectionate photo of Schwartz and Katie on the beach. Schwartz dips his wife as he plants a kiss on her mouth.

In the comments section, one fan exclaimed that they were “ready for a baby announcement” from Katie and Schwartz. She caught wind of the fan’s comment and said she’s not in a hurry. Katie declared she has “zero fomo.” But she’s elated about the baby news that’s going around.

“I’m so happy for my friends and really enjoying being along for their journey,” Katie told the Pump Rules fan. “It will happen for us when it’s right. Sometimes it just takes time and doesn’t always happen the first try.”

Katie and Schwartz previously discussed their baby plans during a recent podcast episode. During the chat, she lovingly dubbed Schwartz as “Mr. Commitment Phobe.” Meanwhile, Schwartz said that he’s “gotten better about being in the present.” He’s no longer worried about the future. The couple made it clear that they will “have a baby when the time is right.”

But then Katie fired back, “Honey, we’re not getting any younger. We’re going to have a baby.” The couple ended the podcast episode by saying they’re going to make a baby.

How does Tom Schwartz feel about becoming a father?

Back in March, Tom Schwartz spoke to Us Weekly about the possibility of having kids. He admits that the idea sounds “scary” at times. The Vanderpump Rules co-star admitted that he and Katie “talk a big game.” The couple may be on board with the idea, but that doesn’t necessarily mean they want kids right away.

“We both talk a big game,” Schwartz told the outlet at the time. “During life, during brunch, during interviews, we’re like, ‘Yes, we’re ready to have kids,’ but then we get home and we’re like, ‘Uh…’ When it comes down to it and you’re in the bedroom you’re like, ‘OK, we’re doing this. We’re just trying to make a baby.'”

Katie and Schwartz married in 2015 at the Twenty Mile House in Cromberg, California. However, their marriage wasn’t legal and they had a second wedding ceremony in Las Vegas in July 2019. What are your thoughts? Do you think Schwartz and Katie will become the next to have a baby? Sound off below in the comments section.