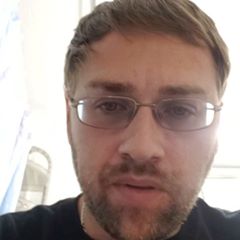 Could it be true that 90 Day Fiance, Paul Staehle, has finally moved on from Karine Martine and is dating another Brazilian woman?

90 Day Fiance: Happily Ever After star Paul Staehle has been rumored to be dating another Brazilian woman. He recently posted a picture of a mysterious woman on his Instagram page. Fans can’t help but wonder whether he’s in the dating game! According to Tv Season Spoiler, the girl in the photo with paul is reported to be Rayza Lima. Rayza claims to be a journalist on her Instagram profile. Paul nor Rayza has confirmed a relationship but fans continue to speculate on what is going on with their relationship.

Paul has reported many times on his Instagram page that he is currently staying in Brazil. He leads fans to believe that he was there fixing up their home, waiting for Karine to come back to live in Brazil. Paul and Karine have been apart since December.

The backstory of Karine and Paul Staehle

Karine and Paul have been estranged since July after an intense fight. Karine wasn’t happy in the US and she gave Paul Staehle an ultimatum. If he didn’t manage to get a job in two months, the couple would have to move to Brazil. Paul did not find a job, and this fueled a large fight.  Karine filed a restraining order against her husband immediately after. The couple will remain apart from each until their pending court case is determined. Karine filed an FIR accusing Paul of sexual assault and forcing himself on her. After a while, she did manage to get a restraining order. There is a loophole, though, the order is relevant only in the United States. Fans are left thinking that this is the real reason Paul went to Brazil and started waiting for Karine.

The retraining order stated that “I am not allowed to leave the house. He monitors my phone, he has cameras around the house and he can see through his phone who arrives who leaves. He threatens to take our son Pierre away if I ever leave,” she claimed, according to the report. “I am terrified he will hurt me or hurt my son because I ran away from him and I am even afraid to go back to Brazil now because he can go to Brazil and hurt us,” stated Karine.

Paul Staehle has stated that Karine is in the US. He says that he is still hoping for a reconciliation. However, Karine hasn’t offered any more reasoning on her end, unlike Paul, who has revealed every single detail on social media live and Instagram. Karine did mention that she and Pierre are safe and thanked fans for their concern. Anyway, Paul might not be waiting around for her to come back if he decided to move on. Fans could get an opportunity to hear from Karine in the upcoming 90 Day Fiance three-part, Tell All episodes.