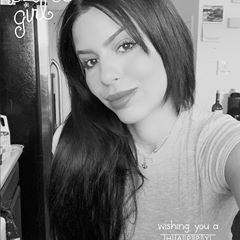 90 Day Fiance star, Larissa Lima, has talked about everything going on in her life on the popular TV show. One thing that she has been quiet about is her two children in Brazil. We now hear that Larissa chose to leave her son at a very young age.

Larissa Lima has stated that, yes, she indeed has two children from two different men. One of the fathers is saying that Larissa left her son when he was only seven months old. According to Show Biz Cheatsheet, Larissa’s son and daughter both are living in Brazil where they were born. She shares her son Arry with ex-boyfriend Marcos Hack.  Larissa’s son, Arry, lives with his aunt in Brazil, and Luane her daughter lives with Larissa’s father.

In November 2018, Larissa Lima said that she planned to bring her daughter to the United States “one day” when she is “ready to take care of her.” She went on to say that she loves her children, but they will never be part of the TLC reality series. When a fan asked the reality star on social media if her kids would ever make an appearance, Larissa replied, “never on the show.” Is Larissa Lima not wanting to share the spotlight with her daughter? She doesn’t want them on the show for sure.

Larissa doesn’t seem to want to open up about her kids and why she left them behind so it is not surprising when she stated, “I was not talking about my kids because the show is 90 Day Fiance,” Larissa said. “It is not about my past or my children. I ask people to respect their privacy, and I won’t talk about them ever again.”

The babies daddy has the mic

According to Screen Rant, The son’s father Marcos recently opened up on Instagram to let people know that Larissa left their son when he was just seven-months old. He wrote that it was true he and Larissa had a relationship “years ago,” and they had a son together! Marco continued by saying “(Seven) months after he was born, she left him with me. My son Arry is the light of my life,” Marcos wrote. “I don’t want to expose my son or my family to the public, but people need to know who the real Larissa is. Thank you.”

Marcos’ post came after it was reported that Larissa Lima had reportedly spent $70k on some very, expensive, plastic surgery to enhance her looks. The reality star has received a breast enlargement, nose job, butt lift, liposuction, and many different botox fillers amongst other small enhancements.