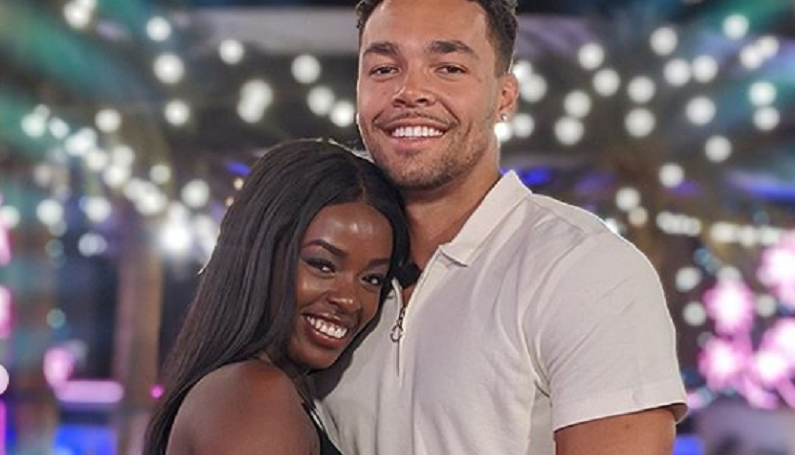 Did the Love Island couple go on a secret hideaway date? That’s what fans are thinking. A new report claims that Justine Ndiba and Caleb Corprew were together longer than originally assumed. As TV Shows Ace reported, Justine and Caleb have become a fan favorite.

There’s not a person who doesn’t love the couple. Even supermodel Chrissy Teigen gushed about them on Twitter. Fans have been calling for more Justine and Caleb moments. But now it appears that some of it has been left on the cutting room floor.

One fan was able to get their hands on never-before-seen footage of the couple during the earlier weeks of the show.

As per Daily Star, Justine and Caleb’s love is confirmed. The islanders got cozy in recent weeks of the show. One eagle-eyed fan filmed the couple heading into the villa. The footage shows the couple interacting outside the hotel.

Justine had a rough start on Love Island USA. Most of the boys ignored her. Additionally, she went on a string of bad dates. And then Caleb finally recognized the go-go dancer and swept her off her feet. Wednesday night’s episode showed the couple having a cute s’mores date as they talked babies.

But apparently the sparks were there all this time. One Love Island fan shared a clip of the pair entering the Las Vegas resort. They lingered behind the group, as they fixated on each other. Justine looked back at Caleb, as he tapped her playfully with his construction vest before they entered the doors of the hotel. The unseen footage was shot after the islanders participated in the hot construction worker challenge.

At another point, the couple even leaned in for a kiss before running to catch up with the other islanders. It’s obvious that the couple had chemistry from day one. In the beginning, Justine and Caleb coupled up with other people. But that didn’t stop them from growing close to each other on the show.

Ever since their coupling, fans affectionately dubbed them as “Jaleb.” They feel that this footage is a good sign of things to come for the couple. They’ve called for producers to show more of the couple. So far, most of the focus has been on Carrington, Moira, and Johnny and Cely.

Did Justine & Caleb already go on a hideaway date?

Some Love Island fans think this footage means that there’s more in store for the couple. So far, fans have only seen them go on one date. Carrington became “date guy.” He went on the most dates out of everyone in the villa.

Now, rumors are swirling that Justine and Caleb already went on a hideaway. So far, only Mackenzie and Connor have shared a night together in the infamous hideaway. Unfortunately, the couple found themselves going home single several weeks later.

Following Wednesday night’s episode, Love Island fans took to Twitter. They begged producers to release the footage of Justine and Caleb’s hideaway date. Here are just some of the comments:

Me waiting outside CBS studios to have a chat with whoever decided to show Johnny asking Cely to be his girlfriend but not Justine and Caleb's hideaway #LoveIslandUSA pic.twitter.com/OhBh3OprG5

I swear if they show johnny and cely in the hideaway when they cut caleb’s and justine’s hideaway moment; it’s riggamorris PERIOD #loveislandusa pic.twitter.com/yQczrD9Lhw

I guess it's obvious now what the producers are tryina do, first with removing Justine&Caleb hideaway + the limited screen time for them and then with the heart rates game and lastly Johnny asking Cely to be his girlfriend. #LoveIslandUSA pic.twitter.com/mA5EBE3FIq

Fans are rooting for Justine and Caleb’s love. They voted for them faithfully every week so they remain in the villa. Their blossoming romance is a breath of fresh air compared to the other islanders who aren’t clear on their feelings. Fans are hoping that their love will be enough to win this competition.