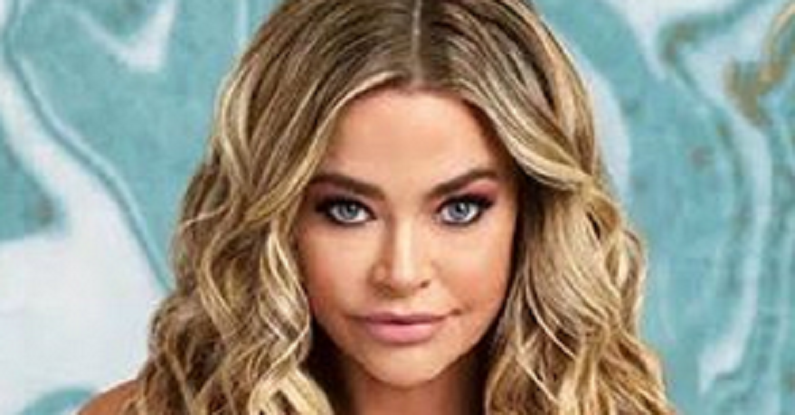 On The Real Housewives of Beverly Hills special called “Secrets Revealed,” producers were not happy with Denise Richards. As fans know, she broke the fourth wall this season when she yelled, “Bravo, Bravo, f***ing Bravo.” Denise always made a quick escape when things didn’t go her way.

She clearly didn’t want to fight with her co-stars. The Bold and the Beautiful star was the target of Season 10. Brandi Glanville alleged that she hooked up with Denise the first night they met. They supposedly had a months-long affair.

Since that revelation, Denise found herself up against her co-stars. Now, fans have learned the producers did not like her either.

One of the producers of The Real Housewives of Beverly Hills was not happy with the actress. One of them intervened when Denise accused Kyle Richards of trying to set her up. The unseen footage was released during the Wednesday, September 23 episode, as per Us Weekly. Viewers witness Denise and Kyle about Dorit Kemsley being late to Teddi Mellencamp’s All In wellness retreat.

Kyle slammed Dorit for her glamour shots. However, she also didn’t like Denise’s casual sense of style. In previous episodes, she called her a “ragamuffin,” which Denise owned. But, Denise defended Dorit’s love of glamour.

“Who gives a s*** if she wants to come all glammed up?” Denise asked Kyle.

Kyle said that it “rubbed me the wrong way,” but Denise didn’t believe her.

“I had f***ing surgery and I still showed up,” her co-star declared before adding, “I f***ing worked and showed up. I worked that day and got in my car.”

But Kyle didn’t believe her. She accused the Wild Things actress of lying. According to Kyle, Denise told her co-stars that she was working on the day of Teddi’s retreat. However, she told producers she wasn’t even on set that day.

“Are we gonna do this now Kyle? Really Kyle?” Denise asked.

“I thought you told us, honestly, you didn’t work,” the Halloween actress said.

During her confessional, Denise explained that felt like Kyle was “trying to make me look like I was lying” and “trying to set me up.” During the scene, she repeated the words, “Bravo, Bravo, f***ing Bravo.”

Denise and Bravo producer get heated in “Secrets Revealed”

The actress called for showrunner Christopher Cullen and he was mad. Denise Richards told her co-stars that she wants to speak with the producer or she’s “out.” She accused her RHOBH co-stars of creating a storyline for no reason.

“Denise, you worked in the morning and you came late. We know it all,” the producer snapped at her. “Don’t worry about it. Get back to reality!”

Fans couldn’t believe what they saw. Most of them took to social media to share their thoughts. Most of them showed their support for Denise. Others wanted to know why the producers left this thrilling scene out.

One Bravo fan shared photos from the unseen footage. Christian Gray Snow captioned the post: “filing ‘frustrated producers yelling at Denise’ under my fave Bravo moments. #RHOBH.” Most of the fans shared their support for Christopher the producer. They think he should join the next season.

As TV Shows Ace previously reported, some fans noticed that Chris is good friends with some of the RHOBH co-stars. Last a month, a fan shared screenshots of his conversations with Erika Jayne, Kyle Richards, Lisa Rinna, and the newly-fired Teddi Mellencamp. They felt Denise was set up due to this unlikely friendship. Now, she no longer has to worry since she announced her exit from the show earlier this month.