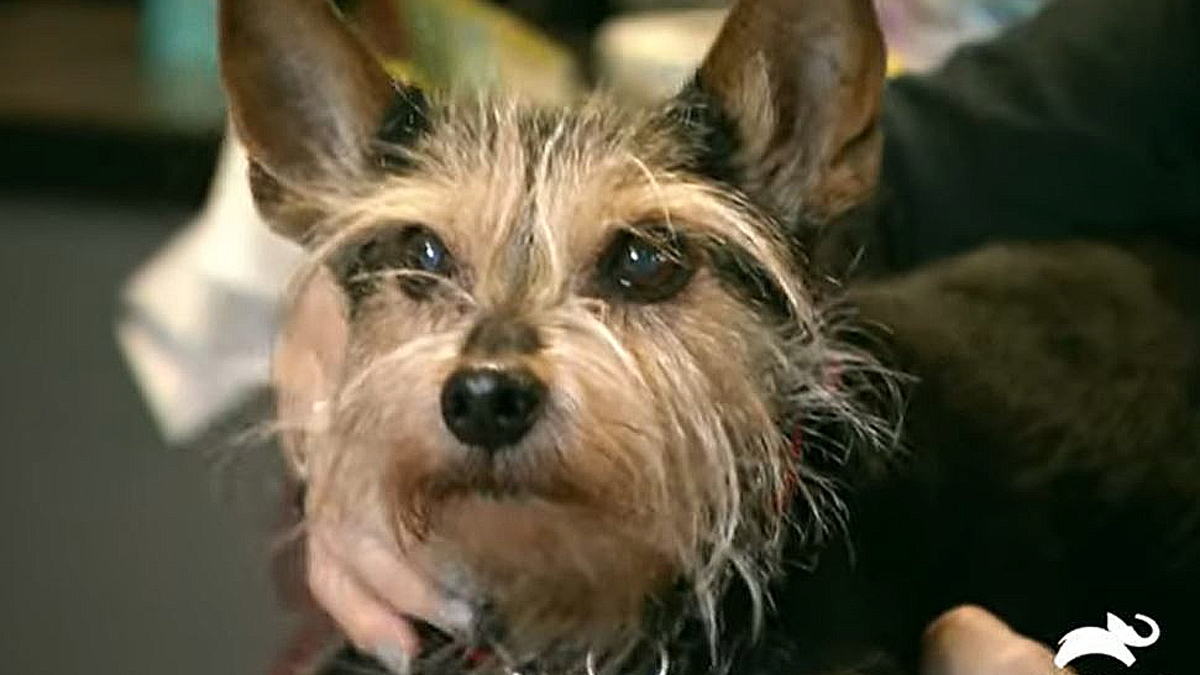 One of TV’s top veterinarians and most watched reality series is coming back this weekend. Dr. Jeff: Rocky Mountain Vet is back on Saturday on Animal Planet.

And we have a special preview that shows some of the issues that vet offices have to deal with: People giving up their animals.

TV Shows Ace has an exclusive preview ahead of the premiere that will wreck you. We meet little Ozzy who is as cute as a button… but he is 18 years old, which is pretty much up there for life expectancy.

His family has relinquished him to the vet’s office and Dr. Jeff’s people. We see that he is scared, confused and in pain. But why?

Dr. Jeff and his staff give Ozzy a thorough examination ahead of any adoption process.

Clinic adoption manager Susan introduces us to a new dog who was left at the vet office. Little Ozzy.

She says: “He’s 18 years old, he’s our little senior citizen. He was relinquished to us last night from the original family. They’re moving and couldn’t take him with… for whatever reason.”

The camera zooms in on a close up of Ozzy who is visibly confused and shaking.

We learn that Ozzy whined a lot overnight. Susan holds Ozzy to reassure him: “I know, sometimes it’s scary to think when they get older they’re going to have health issues that you may not be ready for. so I don’t know if that was part of the decision or not… but the the good part is he’s in the right place. At 18 he looks pretty good, but I don’t know what’s going on on the inside, so we’re gonna have Dr. Jeff check him out. And then after that we’re gonna give him his best next life.”

Susan takes Ozzy to Vet Tech Christine who loves the little “wacky” terrier, she spots the mix right away and gives him some love.  The x-rays are done and Dr. Jeff is called to consult, especially his liver and kidney functions.  No one has any medical records for the dog.

It’s as if Ozzy knows they are trying to help him, and he sits without fuss.

Enter Dr. Jeff, who examines his mouth first. “Oh nice, so his teeth are not horrible… ”

Susan shares that he has lumps. “He feels lumpy everywhere, but i don’t know if they’re good lumps or bad lumps.”

Dr. Jeff explains that the lumps are fat. He does discover the little guy’s belly is bloated and looks at the films. They all spot large bladder stones hiding within Ozzy’s tiny pelvis area.

Dr. Jeff says: “Definitely four big bladder stones. So you can see they’re pretty rough. We don’t want him to live in pain so we’ll book him in for surgery and we
definitely do that before we get him adopted.”

And Dr. Amy treats Sookie, a husky who lost a fight with a porcupine, and needs quills removed from her furry face.

Other stories this season include Dr. Jeff and the team providing free care to a group of loveable Fainting Goats destined to become therapy animals; becoming a dog’s last hope after he jumps from a moving car on the highway; and coming to the aid of pet owners in a remote jungle village in Panama with a free spay and neuter clinic. Later this season, Dr. Jeff looks back on his 30-year ride as a vet, and the challenging decision to set up a low-cost, high-volume veterinary practice, where no two days are the same, and a sudden emergency can push the team to its limits.

Chrishell Stause And Keo Motsepe Are Over, Sources Confirm
‘Real Housewives’ Spin-Off In The Works With Some Of Your Faves
‘The Bachelor’: Lauren Bushnell & Chris Lane Share Baby Anxiety
‘Below Deck’: Why Does Eddie Lucas Like His Cabin ‘Ice Cold’?
‘Bold And The Beautiful’ Baby News: Jacqueline MacInnes Wood Gives Birth