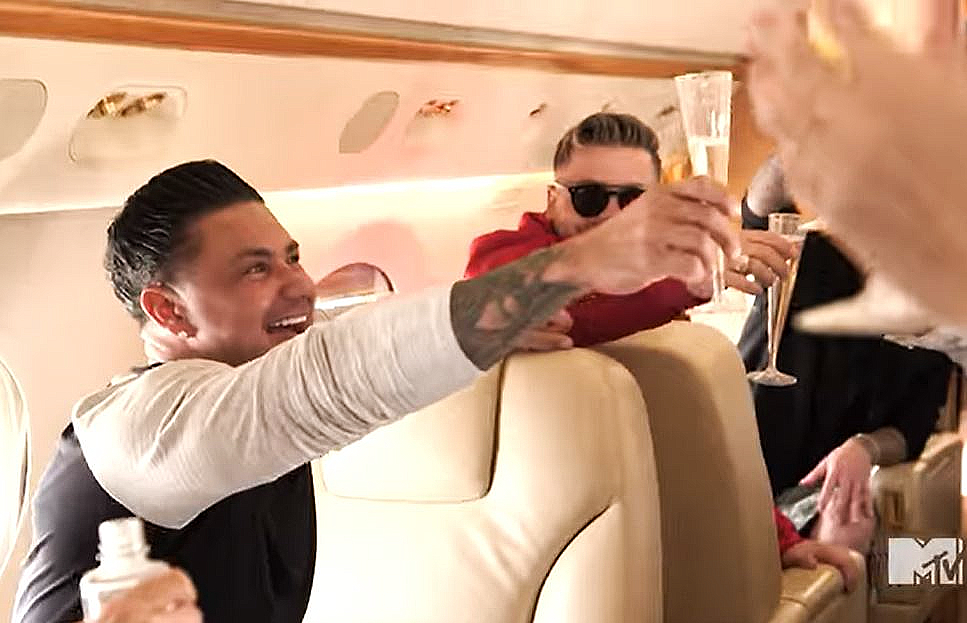 On tonight’s Double Shot At Love, it’s too much for one body to handle!

The Vegas move—pre COVID days—seemed to backfire for some. For others like Pauly, the dice is rolled and the hair is JBF.

In tonight’s finale episode, What Happens in Vegas, Stays in Vegas?  on MTV, DJ Pauly D and Nikki must come to an agreement about their relationship, Vinny and Maria consider the future and what is their status, if at all.

And “detective” Derynn checks out Pauly and also will make a decision if she will stay in Vegas for Pretty Ricky.

What happens on Double Shot At Love?

The party continues in Sin City as Antonio will likely abandon New York for the bright lights based on his happiness there. Vinnie and Maria are flirting bigtime.

Meanwhile, Pauly D and Nikki are in the afterglow as Derynn busts them, after she examines Pauly’s tell-tale hair.

And our sated Pauly marinates and contemplates as Suzi channels her inner Martha Stewart, and deals with an egg thief or three.

Confused? You won’t be after these teases will unravel tonight on the finale.

“Jerzdays” continue as ahead of tonight’s highly-anticipated finale for Double Shot at Love with DJ Pauly D and Vinny, MTV will keep it all going strong with a two-part virtual reunion special on Thursday, October 1st and October 8th at 8:00PM ET/PT.

About Double Shot At Love

Last season of Double Shot at Love, DJ Pauly D and Vinny were on the prowl looking among beautiful women, but found friendship instead.

Now, they’re reunited with some of their favorite ladies in Sin City. As the women come back to the fold and enter Pauly and Vinny’s luxury suite on the strip, they’ll spend their summer working at the club and playing in the Las Vegas strip.

But without the pressure of a competition or elimination, will they find real love this time around? Or will old wounds and emotional scars resurface and sink their second chance at finding a relationship to last?

Tonight’s finale episode, “What Happens in Vegas, Stays in Vegas?,” airs at 8PM ET/PT on MTV

Tune in for the “Double Shot at Love” two-part reunion special on Thursday, October 1st and October 8th at 8:00 PM ET/PT on MTV.