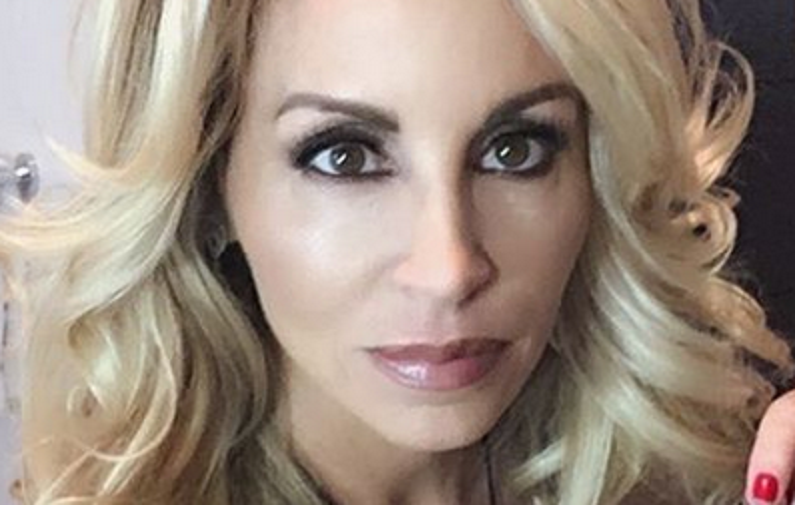 Last week, Camille Grammer and Kyle Richards feuded on Twitter. Camille dissed Teddi’s All In accountability programs. Of course, Kyle took her friend’s side and slammed Camille. She wondered why the former RHOBH co-star was so obsessed with the show.

Now, Camille and Kyle have moved their feud to Instagram. It all started when Camille said that Teddi is Kyle’s “puppet.” She also shared her thoughts on returning to Season 11 of The Real Housewives of Beverly Hills. From there, Kyle and Camille did not hold back on their feelings about one another.

It’s clear that the two are no longer friends.

Camille Grammer and Kyle Richards fight over the RHOBH diamond

As per Fat Cat Gossip, Camille Grammer she has no interest in returning to The Real Housewives of Beverly Hills. She would rather watch the drama from home. Commentsbybravo shared a screenshot of the report along with their argument from the fatcatgossip Instagram post.

Fatcatgossip reported, “Camille Grammer Slams Teddi as Kyle’s “Puppet” and Confirms She Will Not Return to Show Due to ‘Mean Girls’ of Beverly Hills.”

Strangely enough, the report disappeared from the Fat Cat Gossip blog. But that hasn’t stopped people from commenting on the matter. On Wednesday, September 23, Kyle took to the comments section to share her thoughts about Camille. “If they asked her back she would be there in two seconds,” Kyle wrote with the shrugging emoji.

Camille responded, “@kylerichards18 – No, my life is not the show unlike yourself. You live and breath[e] RHOBH.” She revealed that she told Denise Richards back in February that she has no intentions to return to the show because it’s “too toxic.” Some of the fans supported Camille’s comment and thoughts on Kyle.

“It’s awful and painful to watch grown women take down Denise to keep their diamonds. Smh,” she responded to one of the fans.

However, others slammed Camille on the commentsbybravo’s Instagram post. They think she has nothing better to do than to discuss RHOBH. Others are happy to learn that Camille won’t be returning. Fans are calling for fresh faces to join the series.

Denise Richards isn’t the only one to leave The Real Housewives of Beverly Hills. Teddi Mellencamp confirmed that she was fired from the series. She said that the network simply didn’t renew her contract. The more important question is whether Kyle will return.

Who will she become good friends with? It won’t be Garcelle Beauvais since the two didn’t get along this past season. Garcelle admitted she’s up for another season, even if Lisa Rinna warned her. And Kyle argued with Dorit Kemsley over her glamorous looks. So, it’ll be interesting to see who she befriends.

Do you want Camille to return to the show? Who do you think should join Season 11 of The Real Housewives of Beverly Hills? Sound off below in the comments section.