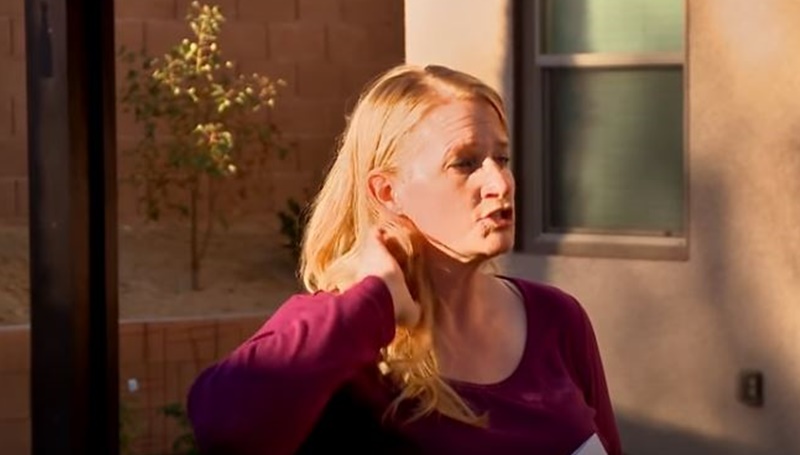 Sister Wives fans saw that Christine shared photos of the kids with their cousin in New Jersey. She also shared pictures of the beach and a delicious meal of oysters. Many fans wondered if they quarantined before they arrived there for what she described as a vacation. But, it turned out, it’s not really a vacation at all.

Sister Wives – why is Christine really in New Jersey?

We reported that some fans assumed Christine and the kids never quarantined in New Jersey. But equally, give or take a few days they obviously quarantined for some period of time. Previously, they visited Maddie Brown Brush in North Carolina. Christian made light of the fact that they hang with her sister’s family there, and explained they learn virtually and enjoy “vacation time.”

But, about two weeks ago, Monsters and Critics reported that Christine told her fans she’d go quiet for a while on social media. She added that they take a break before  a “medical procedure.” However, she couldn’t say much due to her NDA with TLC. Sister Wives fans suspected she talked about Ysabel’s back surgery. We reported in May this year, that Christine hinted strongly that they film Ysabel’s back surgery for a new season. And Mykleti talked about the NJ visit relating to that.

Fans already heard that Christine told her LuLaRue followers that she fundraises for surgery. She needed $50k. So, fans slammed Kody for getting lame medical insurance. It must feel rather worrying for Christine as they need to quarantine for days on end before and after the surgery. It’s a big procedure which helps repair Ysabel’s scoliosis. So, it looks like an extended stay in New Jersey. That’s why Kody remains back in Flagstaff, Mykelti mentioned.

Recall that TLC covered Ysabel’s previous efforts at correctional therapy for her condition. In one season, fans saw that poor Ysabel cried about wearing those ghastly-looking braces. Also, she recently got spotted in a wheelchair. So, obviously alternative therapies didn’t work. The doctor told the Sister Wives family they could try alternative therapy, but he recommended surgical correction.

A year for serious surgery in the Sister Wives family

Last season, fans saw the birth of Maddie’s daughter Evie. Recently, she shared that doctors amputated some of Evie’s foot. So, the little girl spent her first birthday in the hospital. Fans know Evie was born with FATCO syndrome. Now, Ysabel finally fces her corrective surgery. So, it’s been a worrying year. And, COVID-19 is a factor they consider. Really, it’s not the safest time for hospital visitation.

Evie received some major gifts for her 1st birthday. Her surgeon laid the groundwork for her new foot and mobility it will bring, by way of a boyd amputation. Another gave her some extra mobility in her hand, by clipping her webbing she had in her right hand. She is home and is recovering beautifully. 💛🌼

No doubt, the next season reveals more about both these grls who go under the knife. So, maybe Christine’s sister joines her in New Jersey in support of her while Ysabel goes into the hospital. Hopefully, all goes well for Ysabel and fans see a happy outcome.