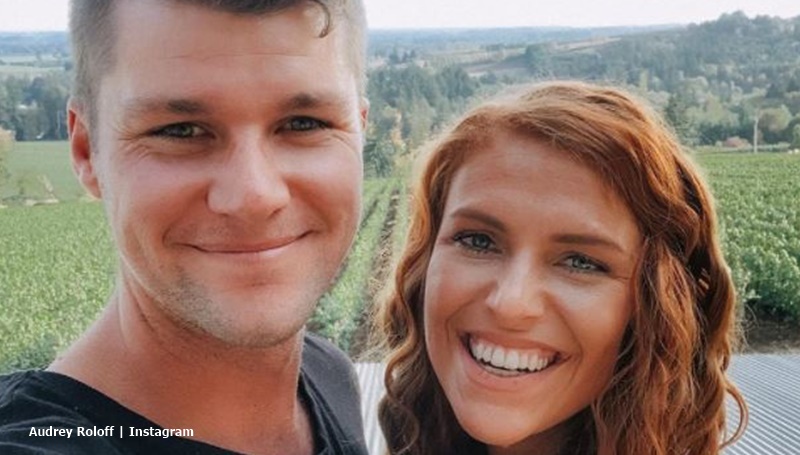 LPBW alum Audrey Roloff often posts about her marriage to Jeremy. In fact, she pens a lot about how married life works, or sometimes doesn’t work for them. But whatever happens, it seems they work extremely hard at it. And now, they go all out working on celebrating their wedding anniversary.

On the face of it, the Little People, Big World stars seem very happily married. So much so, they became sort of marriage goals for many of their fans. Obviously, like every other relationship, they go through troubled times. And, Audrey’s transparent and candid about that. We reported in June last year, that she opened up about some problems.

At one stage, Audrey explained that they went through a bit of “a vulnerable time.” the LPBW alum’s post read, “To be honest, the last few weeks have been hard on our marriage. We have been working through some things and let’s just say there has been a lot of “heated fellowship, morning hugs missed, and date nights postponed. We are overworked and exhausted from the pace we’ve been running for too long.” Fans loved that she shared that with them.

Roloff’s work at their wedding anniversary

Whether you like Audrey or not, she certainly works hard at her marriage. And now, she revealed they put lots of hard work their anniversaries. She shared plenty of photos of the two of them out and about enjoying their special day. In her post, the TLC star said we “celebrate our anniversary like it’s a national holiday because to us it’s super important.” In fact, she believes it’s way more important than any “traditional American holiday.”

The LPBW couple kickstarted their morning by watching “the wedding movie.” Ember joined as they watched themselves swapping wedding vows again. Next, they dropped off the kids with mom and dad and jumped on their “e-bikes” and rode through ” wine country!🍷” Audrey described how they  “explored backcountry roads, laughed, drank the best Pinos.”

We like to celebrate our anniversary like it’s a national holiday because to us it’s super important. In my opinion… the celebration of your marriage once a year should merit more planning, rearranging work schedules, building suspense, creativity, and tradition than most of the American holidays😆🤷🏼‍♀️ ⁣ ⁣ Every other year Jeremy and I trade off who plans our anniversary – we both like surprises😜 This year was my year. In the morning we watched “the wedding movie” – aka our wedding video – with Ember,⁣ and her commentary was hilarious… 🤣 Then we dropped the kids off at Gigi and Papa’s (thanks mom and dad☺️) and since I wasn’t pregnant or with a newborn this year🤙🏻 I was set on riding our e-bikes through wine country!🍷 Ok seriously these @gosondors bikes are sooooo funnnnn!😱 We explored back country roads, laughed, drank the best pinos, “locked it in” (if you know you know) and enjoyed a night away just the two of us at one of our new fav spots. We spent some time reflecting and reminiscing about our 6th year of marriage, scrolling through old photos, sharing our favorite memories, and then dreaming and setting intention for year 7!👊🏻 ⁣ ⁣ And of course, we read our anniversary letters – our favorite tradition💌 On our honeymoon we wrote letters to each other to be read on our first anniversary. We loved reading those letters so much that we decided to make it a tradition! Plus we have a thing for letters😍 Every year on our anniversary we read our letters from last year, and write letters to each other to be read the following year. We ran out of time on our babysitters this year so we plan to finish writing our anniversary letters to each other tonight!😉⁣ ⁣ I love you @jeremyroloff it’s an honor to be your wife. I love laughing with you, learning with you, adventuring with you, working with you, raising kids with you, dreaming with you, and celebrating with you. Cheers to 6 years. “If it’s half as good as the half we’ve known, Here’s Hail! To the rest of the road.”🥂#beating50percent @beating50percent

The Little people, Big World couple certainly seemed to work very hard at making their day special. They stayed overnight at their favorite destination. That evening, they talked, flipped through old photos, and read their old love letters. Then, they planned their “intentions” for their seventh year of marriage.

⁣Oh, and the LPBW love-birds wrote each other letters about their love for the year to come. Finally, Audrey ended with a sweet message to Jeremy and how much she enjoys sharing her life with him. Certainly, it sounds like Jeremy won’t ever forget his wedding anniversary day. She explained they take alternate years planning their special day.

What do you do on your wedding anniversary? Sound off your thoughts in the comments below.