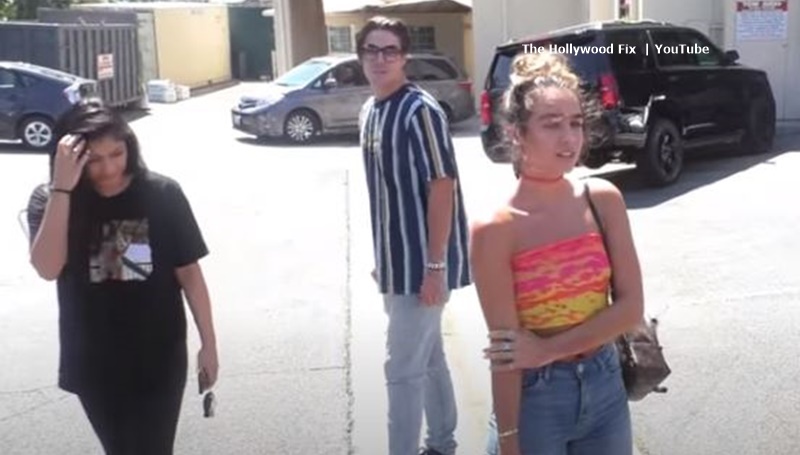 Love Island USA fans heard more about the private life of Bennett when he opened up to Kierstan. He told her that he once dated Sommer Ray. But now fans who know some of the background about Bennett wonder if he reveals the full story. He and Kourtney Kardashian’s ex got into a brawl over Sommer in 2018.

We reported that Bennett gave away the fact that he once dated Sommer Ray. If you don’t know, Sommer’s a stunning and hugely popular Instagram model. In fact, she accumulated 25 million followers. So, word’s out in the villa that he once shared a steamy relationship with her. We noted that “These two were actually pretty serious. He shared that they lived together for about two years.” Actually, the reveal left Kierstan looking a bit shocked so she knows that there’s some serious competition for Bennett’s heart off the set.

Radar Online reported that some fans already connected Bennett to Sommer Ray. But, they wonder if Bennet takes it a step further and tells her about the brawl that arose from that relationship. TMZ reported two years ago, that Bennett majorly clashed with “A-list rapper, famed football player, and Algerian model Bendjima.” Back then, Bendjima dated Kourtney Kardashian. Love Island fans might not know that it all went down on a date with Sommer Ray.

should i get bangs?

Kourtney Kardashian’s  ex and Bennet got into an ugly brawl

According to TMZ, “Younes Bendjima beat the crap out of Bennett outside Delilah restaurant in WeHo back in March, as Drake, Odell and their posses looked on.” It came after Bennet seemed a bit snippy about Sommer Ray. Apparently, back then Bennett worked at Delilah but it was his night off. Sommer hung around in the VIP lounge chatting with Odell and his mates, including Bendjima. Odell seemed displeased when Bennett went and fetched Sommer away.

According to witnesses, the Love Island star acted aggressively when he fetched Sommer. And, later that night in the wee hours, they all ran into each other. A brawl ensued outside the premises. Bennett’s lawyer apparently said that he intended to bring a lawsuit against them. Although a police report got filed, Bennett rather pursued the civil case. Apparently, he claimed damages for physical and mental damages as he spent months in physiotherapy.

Some fans who watched the show this week commented in Sommer Ray and Bennett. One wrote, “Bennett chasing clout by name dropping his ex Sommer Ray like you’re still a loser? Should have given up after trying to sue Drake.” Then another one noted, “Not Bennett telling Keirstan that his ex is Sommer Ray…is she supposed to say congratulations? i was cringing so bad.” Meanwhile, some of his followers accused the Love Island star of cheating on Sommer back in this old Instagram post.

What do you think about Bennett talking about dating Sommer Ray but failing to mention he got beaten up by Kourtney’s ex? Sound off in the comments below.