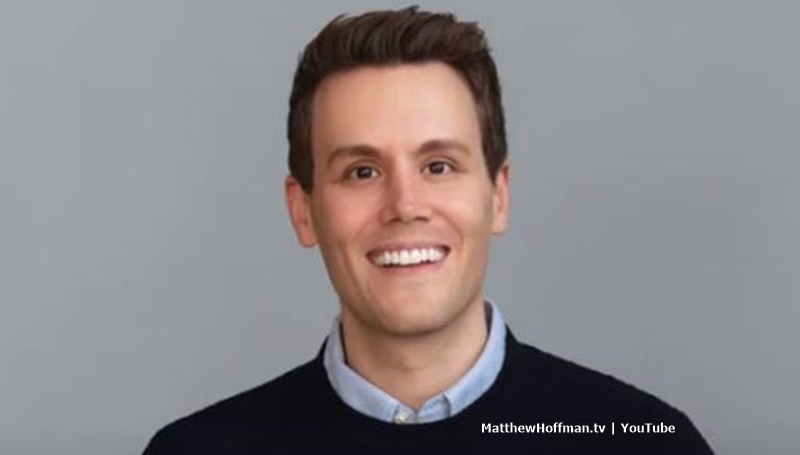 Love Island USA host, Arielle Vandenberg is the main face of the show. And, she skilfully keeps the audience engaged as she manages the rather volatile cast on the dating show. Meanwhile, fans hear commentary and that announcer is Matthew Hoffman. Although people don’t see him, he’s very much a part of the show. In fact, he’s also a writer and an experienced TV personality.

For fans of the show, if they heard Matthew talking in a checkout queue, they’d probably recognize it straight away. But. they might not recognize him if walks by in the street. That’s because fans simply don’t see his face in the show. But, he’s a skilled writer and also holds lots of television positions elsewhere. Actually, most fans associate the face of the show with Arielle Vandenberg.

Now in its second season, the USA version of Love Island means that the production crew got to know some of their UK counterparts. In fact, recently, we reported that Ariella sounded broken-hearted. That came when she heard that the UK host, Caroline Flack passed away. And, it seems from Arielle, that they communicated a lot. But, what about Matthew Hoffman? What is his background in reality TV?

The Decider reported that Matthew Hoffman not only announces the show, but he’s also a “co-writer.” The outlet notes that fans might recognize him from The Year with Robin Roberts on ABC. In that, he took the role of  “a celebrity commentator.” You may actually have seen his face elsewhere as well. He hosted Greatest Interview Ever With Matthew Hoffman. And you possibly saw him on  Extra with Billy Bush.

The familiar voice also did more work for Regal Movies. He hosts “Sit Down With The Stars and Focus Features’ You Know That Scene. ” But on Love Island, he’s equally popular. He tweets about the show on Twitter quite a lot right now. One fan that he retweeted wrote, “The narrator on #LoveIslandUSA has me ded every single time!” And, another one wrote, “@MATTHEWHOFFMAN1 I’d come to Caesar’s for you. that 273.16 degrees Calvin joke a few episodes back got my heart rate up.”

Over on Instagram, his 16.3k followers never see a serious face. Actually, Matthew Hoffman’s a huge smiler! In his latest post, Matthew shared a photo of himself with a ridiculous “50” on his face. One fan thought he turned 50-years-old. But, no, he simply celebrated the 50th episode. So joking, he told the fan to “unsubscribe!” Then, when someone mentioned he looks good despite long working hours, he replied, I permanently left my body weeks ago. 🙋🏼‍♂️.”

Lots more banter comes from his Instagram. So, if you look for something light-hearted, it might be worth your time following him there.

Did you know that behind the narrator’s voice on Love Island USA, is a successful writer and TV show host? Sound off in the comments below.